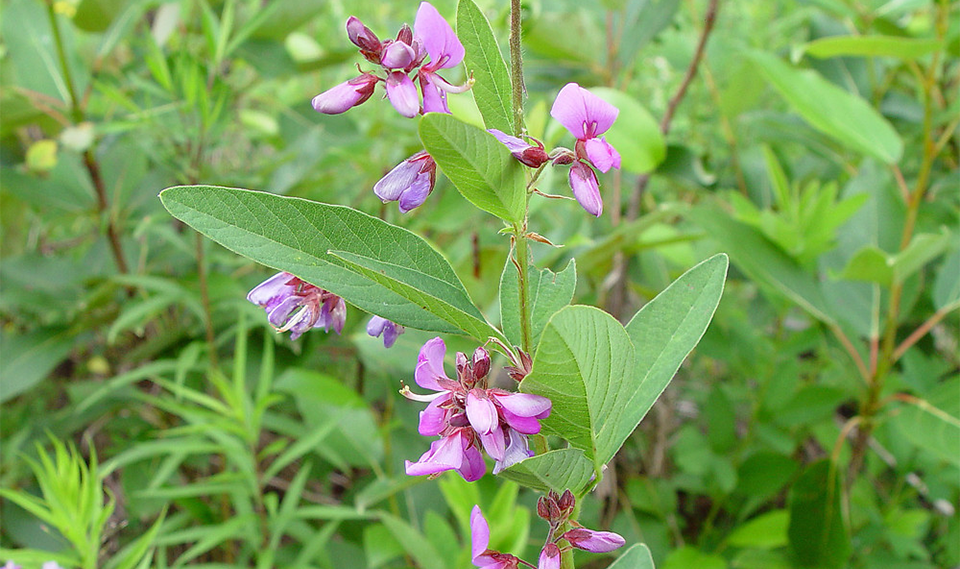 Perennial, much-branched herb, growing to 20 in (50 cm). Desmodium has light purple flowers, and the leaves each have three small oval leaflets.

A native of West Africa, including Sierra Leone, northern Liberia and Ghana. The aerial parts are harvested as required or after flowering.

Desmodium has long been used in West African herbal medicine as a treatment for asthma, and also for jaundice.

Desmodium is chiefly a remedy for asthma and has been used as an anti-asthmatic in Ghanaian hospitals. In France, the herb is taken for liver disorders including viral hepatitis—both A and B—apparently having most effect during the early stages. Desmodium may also be used to relieve headache, backache, and muscle and joint pain—a decoction being taken internally or applied as a lotion.

Ghanaian research has shown the herb to have antispasmodic and anti-asthmatic activity. It also appears to increase the resistance of liver cells to inflammation, whether resulting from infection or toxicity. When taken in the early stages of illness, it normalizes liver function.

In rare cases, desmodium can cause nausea or diarrhea.