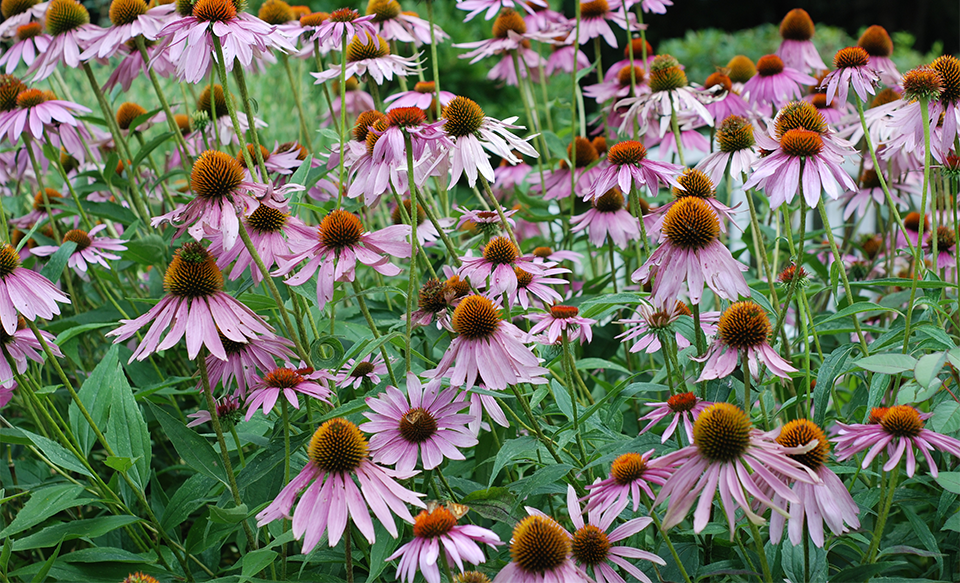 A key medicinal herb, echinacea has a tonic action on the body’s immune system. Known by 19th-century Americans as Indian Snakeroot (due to its ability to treat snake bites), the herb has a potent ability to counter infection, especially viral and bacterial, and to aid the clearance of toxins from the body. It is commonly taken as a preventative and treatment for upper respiratory infections such as colds, flu, and coughs.

Native to central parts of the U.S., three species of echinacea are used medicinally: E. angustifolia, E. purpurea, and E. pallida. All are threatened in the wild and only commercially grown plants should be used. E. purpurea is cultivated widely in the U.S. and Europe. Grown from seed in spring or by root division in winter, it thrives in rich, sandy soil. The leaves and flowers are gathered during flowering; the roots of 4-year-old plants are lifted in autumn.

Immune system: Clinical research into echinacea has confirmed that it increases the number of white blood cells and their strength of action, although its precise mode of action on immune function is not well understood. The polysaccharides inhibit the ability of viruses to take over cells, while the alkylamides are antibacterial and anti-fungal. Research supports the use of echinacea to prevent colds and respiratory infections resulting from air travel. Not all clinical trials have found positive effects, possibly because in some cases too low a dose of echinacea was used.

Native American medicine: The Comanche used echinacea as a remedy for toothache and sore throats and the Sioux took it for rabies, snake bite, and septic conditions.

Western uses: Echinacea is a key remedy in Western herbal medicine, and is used to treat many health problems, notably viral and fungal infections, and skin infections such as acne and boils. It makes an excellent gargle for throat infections, and is typically prescribed by herbalists wherever the immune system is under-performing.

Allergies: The herb is a helpful remedy for treating allergies such as asthma.