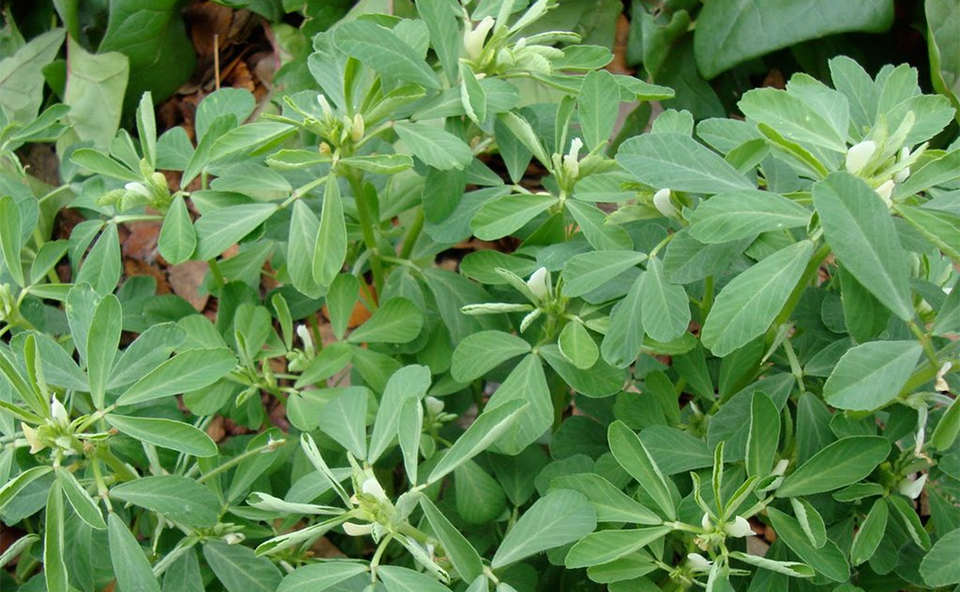 Native to North Africa and countries bordering the eastern Mediterranean, fenugreek grows in open areas and is widely cultivated, notably in India. The seeds are collected during the autumn months.

Fenugreek contains a volatile oil, alkaloids (including trigonelline), saponins (based on diosgenin), flavonoids, mucilage (about 27%), protein (about 25%), fixed oil (approximately 8%), vitamins A, B1 and C, and minerals.

The Egyptian Ebers papyrus, which dates from c. 1500 BCE, records a prescription for burns that includes fenugreek. The seeds were also used in ancient Egypt to induce childbirth. In the 5th century bce the Greek physician Hippocrates considered fenugreek to be a valuable soothing herb. Dioscorides, writing in the 1st century CE, recommended fenugreek as a remedy for all manner of gynecological problems, including infection of the uterus and inflammation of the vagina and vulva.

Fenugreek is much used in herbal medicine in North Africa, the Middle East, and India, being esteemed as a remedy for a wide variety of conditions. The nourishing seeds are given during convalescence and to encourage weight gain, especially in anorexia. They are also helpful in lowering fever, with some authorities comparing their ability to that of quinine.

The seeds’ soothing effect makes them of value in treating gastritis and gastric ulcers. They are used to induce childbirth and to increase breast-milk production. Fenugreek is also thought to be antidiabetic and to lower blood cholesterol levels. Externally, the seeds may be applied as a paste to treat abscesses, boils, ulcers, and burns, or used as a douche for excessive vaginal discharge.