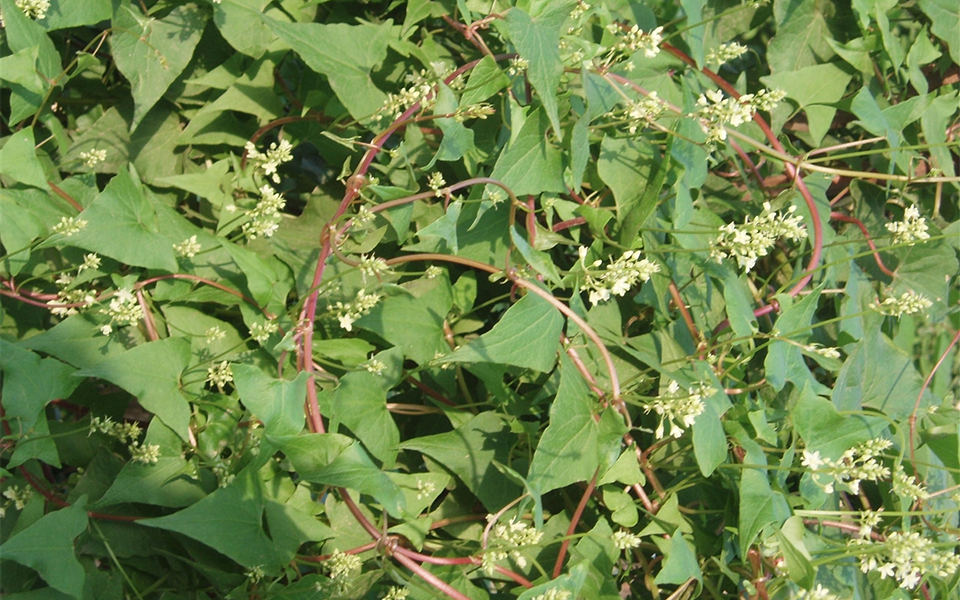 A Chinese tonic herb with a bittersweet taste, fo ti is thought to concentrate qi (vital energy) in its root, so that taking this herb gives vitality to the body. It has always been considered a rejuvenating herb, helping to prevent aging and encouraging longevity. Traditionally, much folklore is attached to this herb, and large, old roots are thought to have remarkable powers.

Fo ti is native to central and southern China, and is cultivated throughout that region. It is propagated from seed or by root division in spring, or from cuttings in summer. The plant requires well-fertilized soil and plenty of protection from winter weather. The roots of 3- to 4-year-old fo ti plants are unearthed and dried during the autumn. Older, larger roots are prized for their therapeutic properties, but are generally not available to obtain commercially.

Bistort (P. bistorta), one of the most strongly astringent of all herbs, and knotgrass (P. aviculare) are used in European herbal medicine. They do not have the same tonic therapeutic properties as P. multiflorum. In Chinese herbal medicine, P. cuspidatum is used to treat amenorrhea (absence of periods).

Blood-sugar levels: Chinese research has revealed that fo ti helps increase the levels of sugar in the blood.

Neuroprotective: Preclinical research points to fo ti having a stabilizing effect on brain function, and that it might—as traditional use would suggest—prove valuable in slowing aging processes within the central nervous system.

Popular tonic: Although fo ti is not the earliest tonic herb listed in Chinese herbal medicine (it is first mentioned in 713 CE), it has become one of the most widely used. It is taken regularly by millions of people in the East for its rejuvenating and toning properties, and to increase fertility in both men and women.

Liver & kidney remedy: In Chinese herbal medicine, fo ti’s most important use is as a tonic for the liver and kidneys. By strengthening liver and kidney function, it helps cleanse the blood, enabling the qi to circulate freely around the whole body.

Nerve & blood tonic: Fo ti is given in Chinese herbal medicine to people with symptoms, such as dizziness, weakness, numbness, and blurred vision, that indicate inefficient nerves and “blood deficiency.”

Premature aging: Fo ti is prescribed in China for people showing signs of premature aging. This suggests it helps the body function in a balanced, healthy way. In particular, there is a lot of evidence to support the root’s use to aid reversing hair loss and graying of the hair.

Malaria: The herb is prescribed in the treatment of chronic malaria, when it is often combined with ginseng (Panax ginseng), dong quai (Angelica sinensis), as well as green tangerine peel (Citrus reticulata).