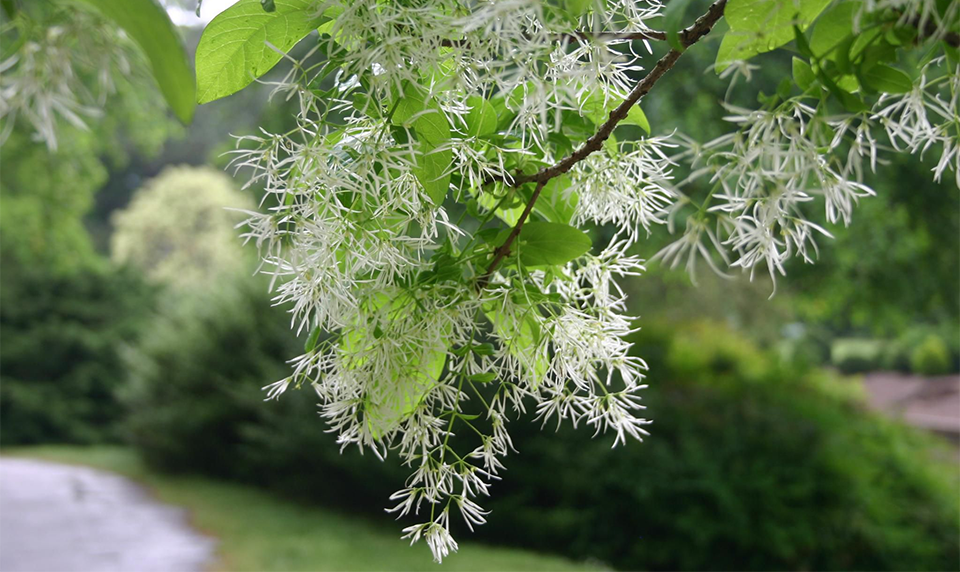 Native to the U.S., fringe tree grows from Pennsylvania south to Florida and Texas. It is also now found in eastern Asia, and thrives on riverbanks and in damp shrubby areas. The root is unearthed in spring or autumn, mostly in Virginia and North Carolina.

Fringe tree was commonly used by Native Americans and European settlers to treat inflammations of the eye, canker sores, and spongy gums. The Choctaw of Louisiana applied the mashed bark to cuts and bruises. Native Americans in Alabama used the bark as a treatment for toothache. In the 19th century Anglo-American Physiomedicalist tradition, fringe tree was valued as a bitter tonic, and the bark was often used to aid recovery from long-term illness.

The root bark is a liver tonic, stimulates bile flow, and acts as a mild laxative. It is prescribed mainly for gallbladder pain, gallstones, jaundice, and chronic weakness. While it appears to be of benefit to liver and gallbladder function, there is as yet no research to substantiate its effects. The root bark also appears to strengthen function in the pancreas and spleen. Anecdotal evidence indicates that it may substantially reduce sugar levels in the urine. Fringe tree also stimulates the appetite and digestion and is an excellent remedy for chronic illness, especially where the liver has been affected. For external use, the crushed bark may be made into a poultice for treating sores and wounds.