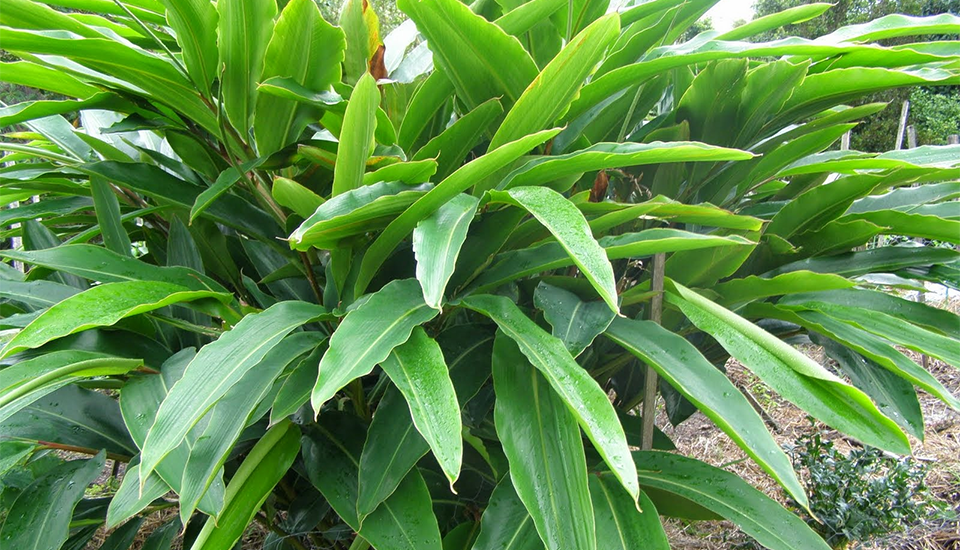 Like other members of the ginger family, galangal is warming and comforting to the digestion. It has a pleasantly aromatic and mildly spicy taste, and is suitable for all conditions where the central areas of the body need greater warmth. It was introduced into Europe in about the 9th century. The German mystic Hildegard of Bingen regarded it literally as the “spice of life,” given by God to ward off ill-health.

Native to grassland areas of southern China, and Southeast Asia in general, galangal is now cultivated as a spice and as a medicine throughout much of tropical Asia. It is propagated by dividing and replanting the rhizomes in spring, and it requires well-drained soil and a shady position. The rhizomes are harvested from 4- to 6-year-old plants at the end of the growing season and may be used fresh or dried.

Greater galangal, also known as Siamese ginger (A. galanga), though a close relative of galangal, has a much inferior taste and volatile oil content. It appears to have an antiulcer action. Two other Alpinia species, cao dou cou (A. katsumadai) and yi zhi ren (A. oxyphylla), are used in a broadly similar way to galangal in traditional Chinese medicine.

Antibacterial: Research indicates that galangal has antibacterial activity, notably against Staphylococcus aureus, responsible for many ear, nose, and throat infections.

Osteoarthritis: A 2001 clinical trial found that a concentrated extract of ginger (Zingiber officinale) and galangal was effective in relieving osteoarthritis symptoms in the knee.

Chinese medicine: In traditional Chinese herbal medicine, galangal is a warming herb used for abdominal pain, vomiting, and hiccups, as well as for diarrhea due to internal cold. When used for hiccups, it is combined with codonopsis (Codonopsis pilosula) and fu ling (Poria cocos).

Indian tradition: In India and southwestern Asia, galangal is considered stomachic, anti-inflammatory, expectorant, and a nervine tonic. It is used in the treatment of hiccups, dyspepsia, stomach pain, rheumatoid arthritis, and intermittent fever.

Western herbalism: Galangal was introduced into Europe by Arabian physicians over 1,000 years ago. It is mainly used in the West for gas, indigestion, vomiting, and stomach pain. An infusion can be used to alleviate mouth ulcers and sore gums. Galangal has long been recommended as a treatment for seasickness, which is not surprising given the well-established ability of its relative, ginger (Zingiber officinale) to relieve motion sickness.

Candidiasis: Galangal can be used with other anti-fungal herbs as part of a regimen to treat intestinal candidiasis.

Dosage: At a moderate dosage, galangal is a warming and gently stimulating herb for a weakened digestive system, but at a higher dosage it can be an irritant.