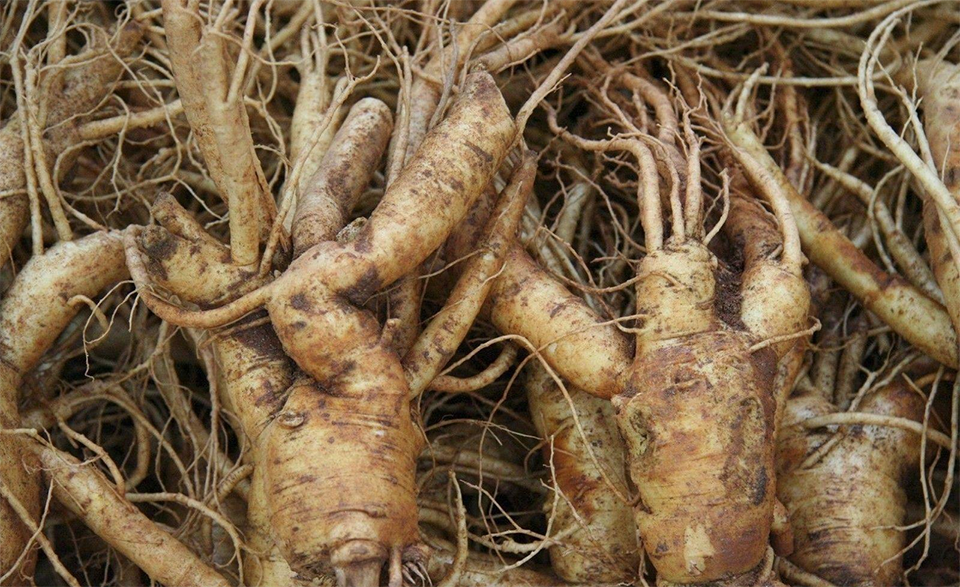 Ginseng is the most famous Chinese herb of all. It has been prized for its remarkable therapeutic benefits for about 7,000 years, and was so revered that wars were fought for control of the forests in which it thrived. An Arabian physician brought ginseng back to Europe in the 9th century, yet its ability to improve stamina and resistance to stress became common knowledge in the West only from the 18th century.

Ginseng is native to northeastern China, eastern Russia, and North Korea, but is now extremely rare in the wild. Ginseng cultivation requires great skill. It is propagated from seed in spring and requires rich, well-drained soil. The plant takes at least 4 years to mature. The root is then normally harvested in autumn and washed and steamed before being dried.

Adaptogen: Ginseng has been researched in detail over the last 50 years in China, Japan, Korea, Russia, and many other countries. Its remarkable adaptogenic quality (helping the body adapt to stress, fatigue and cold) has been confirmed. Trials show that ginseng significantly improves the body’s capacity to cope with hunger, extremes of temperature, and mental and emotional stress.

Hormonal support: The ginsenosides, which are similar in structure to the body’s own hormones, can be adapted within the body to tone up deficient hormonal states. Clinical trials support the root’s traditional use by men, as they age, to maintain vitality and virility. There is also evidence it helps with both impotence and erectile dysfunction. Research indicates that ginseng is equally valuable for women and is a useful medicine at menopause and beyond, aiding hot flashes and lowered mood, and improving sexual arousal.

Other research: Ginseng increases immune function and resistance to infection and improves liver function. Ginseng is a key herb in maintaining health and quality of life in those with cancer.

Chinese remedy: In China, ginseng is best known as a stimulant, tonic herb for athletes and those subject to physical stress, and as a male aphrodisiac. It is also a tonic for old age, and is traditionally taken by people in northern and central China from late middle age onward, helping them endure the long hard winters.

Western tonic: In the West, ginseng is viewed not so much as a medicine, but as a life-enhancing tonic. It is useful for those coping with stressful events, such as taking exams.