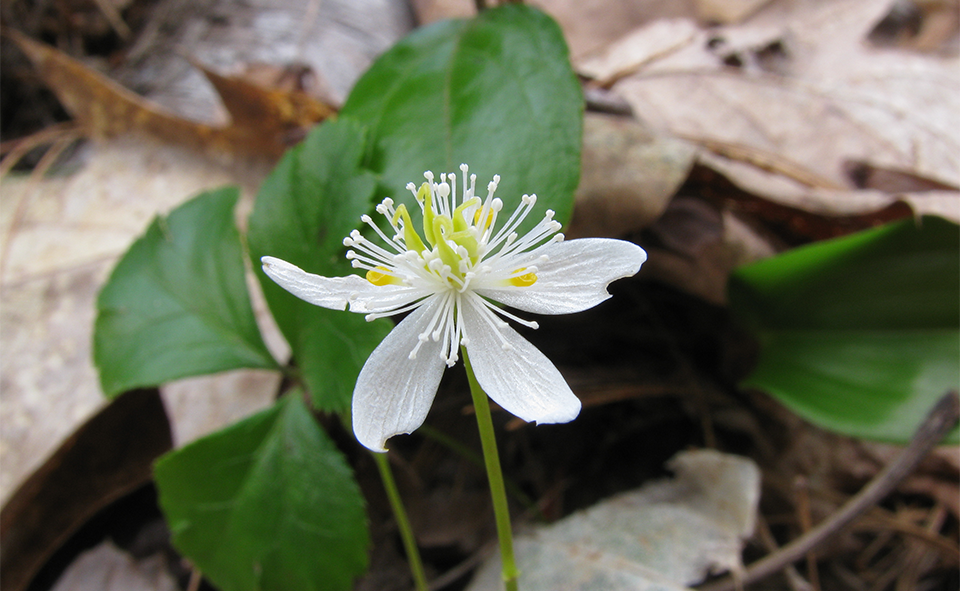 Native to eastern North America from Labrador to Tennessee, this herb prefers damp sites. The rhizome is dug up in autumn.

Though little used in herbal medicine today, goldthread was once highly valued. In a book recounting his travels in North America, published in 1779, Jonathan Carver states that the plant “was greatly esteemed both by the Indians and the colonists as a remedy for any soreness in the mouth.” The Montagnais used a decoction of the root for problems associated with the mouth, lips, and eyes. The Menominee used the plant as a gargle for children’s throat problems and also to treat ulcers and tumors in the mouth.

A strongly bitter tonic, goldthread has been prescribed in the North American tradition principally for indigestion and stomach weakness, though it has also come under consideration as a treatment for peptic ulcers, and has been applied as a wash for vaginal yeast infection. Goldthread has been used as a mouthwash, gargle, or lotion for mouth ulcers, sore lips, and throats. The herb’s constituents (and to some degree its actions) are similar to those of goldenseal (Hydrastis canadensis) and it has been used as a substitute for this herb.

Huang lian (C. chinensis) is a close relative that has similar actions.

Use only under professional supervision. Do not take during pregnancy.