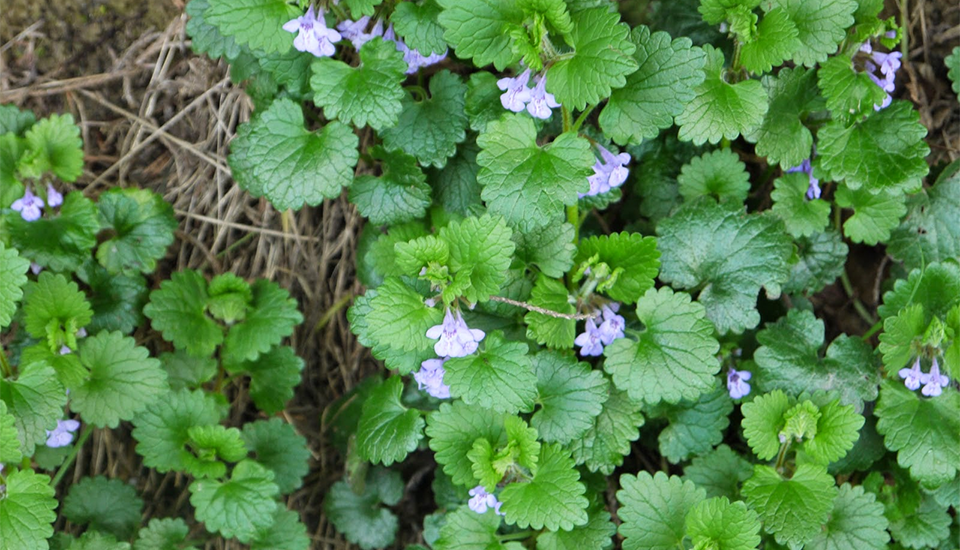 Native to Europe and western Asia, ground ivy is now naturalized in other temperate regions, including North America. It thrives on the outskirts of woods and alongside paths and hedges. It is gathered in summer.

Known in parts of England as “alehoof,” ground ivy was used to flavor and clarify ale, the traditional drink of the Anglo-Saxons. In Medieval times, it was recommended for fever, and was a popular treatment for chronic coughs. The 16th-century herbalist John Gerard considered it a valuable remedy for tinnitus.

Ground ivy is tonic, diuretic, and decongestant, and is used to treat many problems involving the mucous membranes of the ear, nose, throat, and digestive system. A well-tolerated herb, it can be given to children to clear lingering congestion and to treat chronic conditions such as “glue ear” and sinusitis. Throat and chest problems, especially those due to excess mucus, also benefit from this remedy. Ground ivy is also a valuable treatment for gastritis and acid indigestion. Further along the gastrointestinal tract, its binding nature helps to counter diarrhea and to dry up watery and mucoid secretions. Ground ivy has been employed to prevent scurvy and as a spring tonic, and is considered beneficial in kidney disorders.