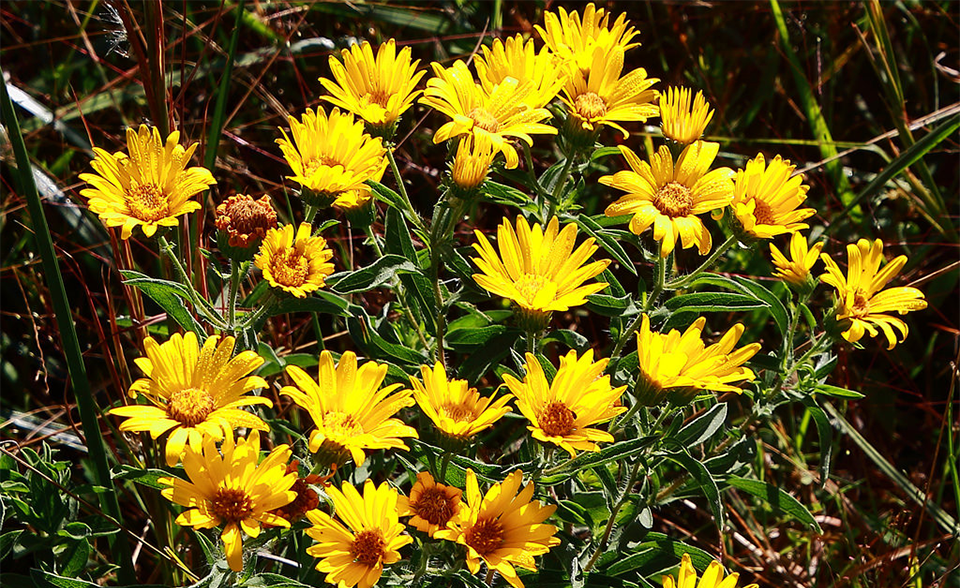 Native to the southwestern U.S. and Mexico, gumplant grows in arid and saline soil. It is harvested in late summer when in flower.

Gumplant was used by Native Americans to treat bronchial problems and skin afflictions. Gumplant was officially recognized in the Pharmacopoeia of the United States from 1882 to 1926.

Gumplant is a valuable remedy for bronchial asthma, and for states where phlegm in the airways impedes respiration. Both antispasmodic and expectorant, gumplant helps to relax the muscles of the smaller bronchial passages and to clear congested mucus.

Additionally, it is thought to desensitize the nerve endings in the bronchial tree and to slow the heart rate, both leading to easier breathing. Gumplant is also taken for bronchitis and emphysema, and to clear mucus buildup in the throat and nose. It has been employed in the treatment of whooping cough, hay fever, and cystitis, and externally to help speed the healing of skin irritation and burns.

G. squarrosa, a North American species used interchangeably with G. camporum, was taken by Native Americans to treat respiratory problems such as colds, coughs, and tuberculosis.

Toxic in excessive doses. Only take under professional supervision. Do not take if suffering from kidney or heart problems.