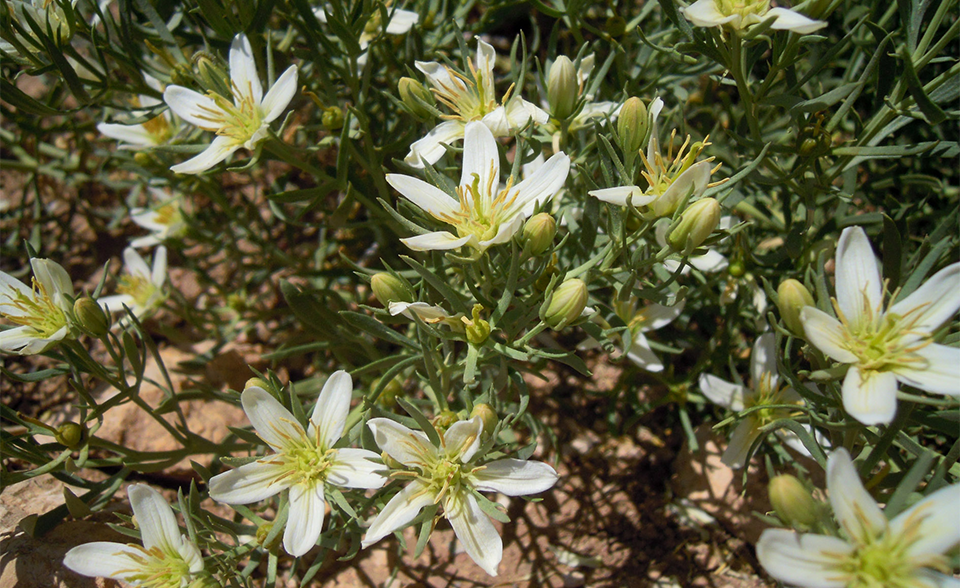 Native to the Middle East, North Africa, and southern Europe, harmala is naturalized in other subtropical regions, including Australia. It thrives in saline soil in semi desert areas. The seeds are gathered in summer.

Harmala contains up to 4% indole alkaloids (including harmine, harmaline, and harmalol). Harmine has been used to help alleviate the tremors of Parkinsonism.

Since the earliest times, harmala has been used in the Middle East as a means to induce intoxication. Known to the Greek physicians Dioscorides (40–90 CE) and Galen (131–200 CE), as well as to their Arabic counterpart Avicenna (980–1037 CE), harmala was also used to expel intestinal worms and to promote the onset of menstrual flow.

Despite its long history as a euphoric and purportedly aphrodisiac herb, harmala is little used in contemporary Western herbal medicine because of its potential toxicity. The seeds have been taken, especially in the Middle East, to treat a very wide range of conditions, including high blood pressure, eye problems, psychiatric disorders, depression, Parkinson’s disease, and cancer. In central Asia, the root is a popular medicinal remedy that is used to treat rheumatism and nervous conditions.

This plant is toxic and should not be used under any circumstances.