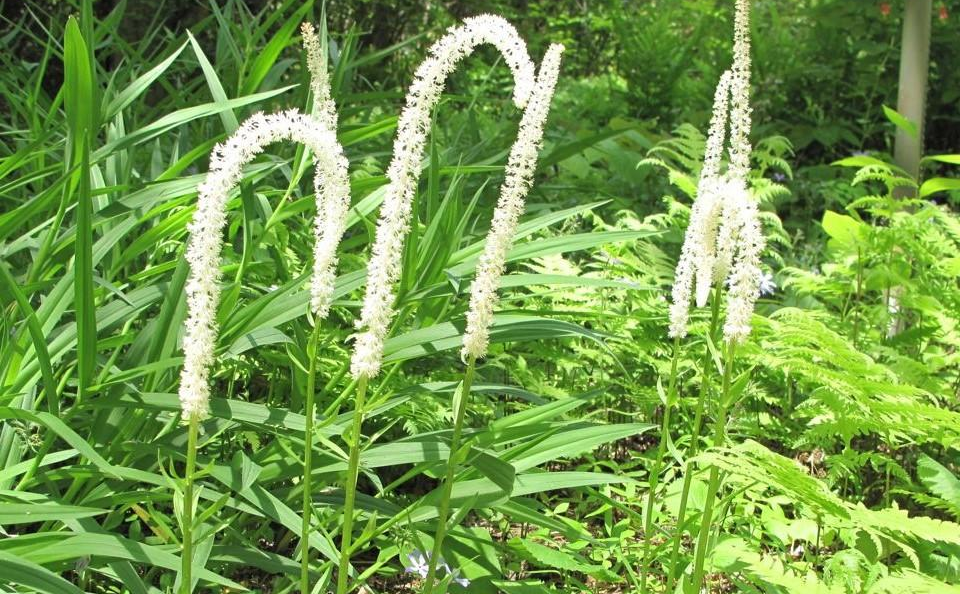 Herbaceous perennial growing to 3 ft (1 m) with large, green leaves forming a basal rosette from which emerges a tall spike of green-white flowers.

Native to North America, helonias grows in low, moist, well-drained ground east of the Mississippi river. In view of its rarity in the wild, it is best to use alternative herbs such as black cohosh (Cimicifuga racemosa) and wild yam (Disocorea villosa).

A traditional Native American medicine, Helonias was prized as a woman’s herb and used to treat a range of gynecological problems. There is some confusion about its precise use since several herbs share the same (or similar) name.

In Western herbal medicine, helonias has been valued as a key remedy for conditions affecting the uterus and ovaries. It is thought to have a “normalizing” effect on the female reproductive system. It is thought to regulate the release of hormones by the ovaries and encourage a regular menstrual cycle. It has also been used to treat conditions such as endometriosis, ovarian cysts, and menopausal problems. As it is now an endangered species, other herbs (notably black cohosh) are routinely used in its place.