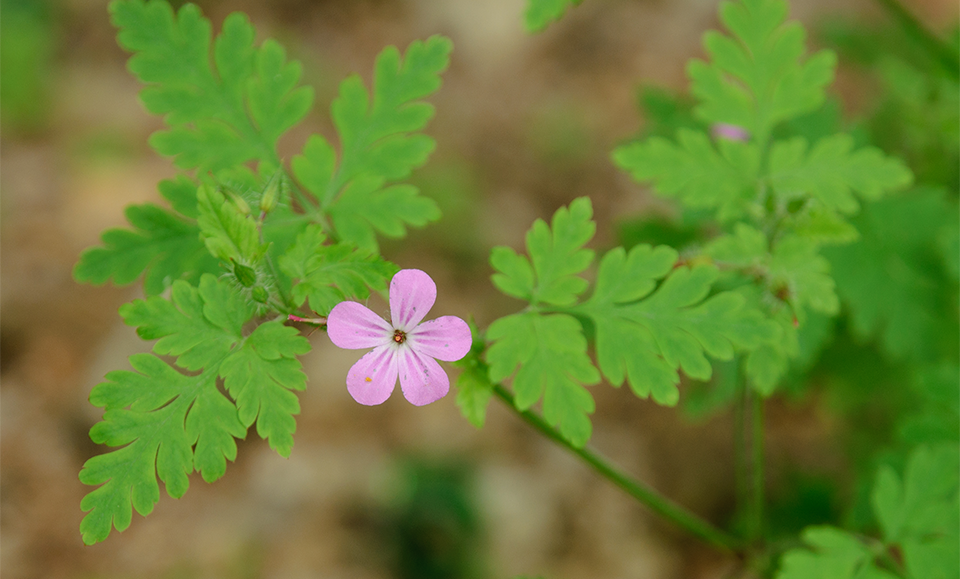 Native to Europe and Asia, herb robert is naturalized in North America. It is gathered in summer.

Herb robert’s unpleasant odor has earned it the name “stinking Bob” in parts of England.

Herb robert is little used in contemporary European herbal medicine. It is occasionally employed in much the same way as Wild geranium (G. maculatum), as an astringent and wound healer. The herb bears closer investigation as a remedy. According to one authority it is effective against stomach ulcers and inflammation of the uterus, and it holds some potential as a treatment for cancer.