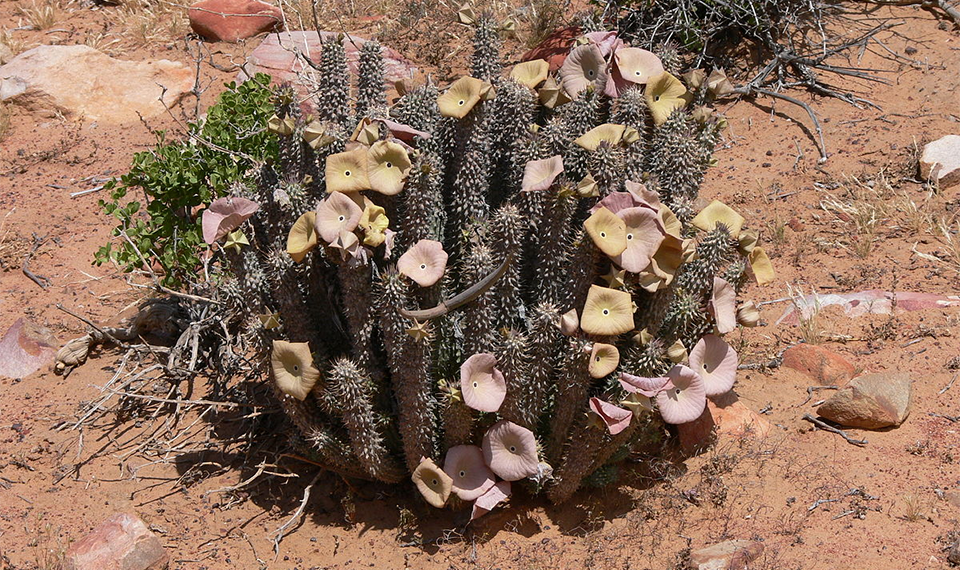 Native to the Kalahari desert, hoodia is now extensively cultivated in Namibia and South Africa. The plant is grown from seed or cuttings. Trade in the hoodia plant is legally restricted due to its threatened survival in the wild.

Hoodia contains a steroidal glycoside, which is thought to act as an appetite suppressant.

The San people of the Kalahari traditionally used this plant to suppress sensations of thirst and hunger, when on journeys through the desert. Such use was first recorded in 1937.

Hoodia provides a cautionary tale for herbal medicines and supplements in the 21st century. There is little evidence that taking it leads to weight loss other than the plant’s traditional use as an appetite suppressant, while its safety profile is unknown.

Despite this, after media coverage by the BBC in 2003, sales of hoodia supplements rocketed, with prices in the LA Times reaching $40 per ounce (30 g) in 2006. At such a price, it is not hard to see why hoodia’s survival in the wild is severely threatened. It would seem sensible to opt instead for herbs that are endorsed for their use for weight loss by scientific studies and where there is no risk of the herb disappearing from the wild, such as Gymnema (Gymnema sylvestre).