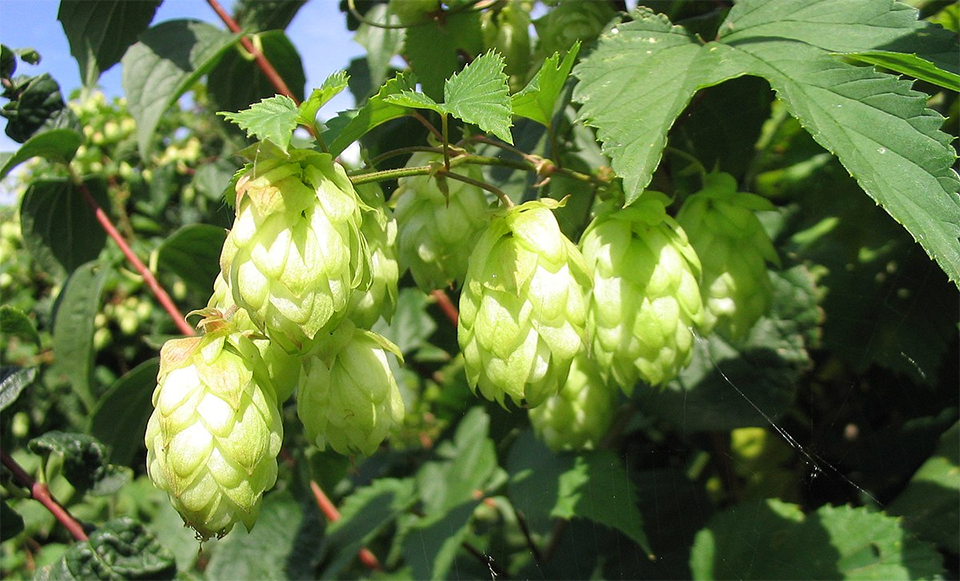 The bitter taste of hops, which is well known to beer drinkers, largely accounts for this herb’s ability to strengthen and stimulate the digestion. Hops are also sedative and make a valuable remedy for sleeplessness and excitability. When the plant was first used to brew beer in England in the 16th century, it aroused great opposition: a petition to Parliament described it as “a wicked weed” that would “endanger the people.”

Indigenous to Europe and Asia, hops flourish along roadsides and in open areas. They are grown commercially throughout northern Europe and northern states of the U.S. Flowers of the female plant (strobiles) are picked in early autumn and dried at a low temperature.

Bitter principles: The bitter principles as a whole strongly stimulate the digestive system, increasing the rate of gastric and other secretions. A number of constituents, such as lupulin, are sedative, though it is not yet entirely understood how they work. Lupulon and humulon are antiseptic.

Other research: The herb relaxes smooth muscle and has been shown to have an estrogenic effect. Some isolated constituents are thought to depress central nervous activity.

Historical uses: Hops feature only occasionally in early herbals, and the health benefits ascribed to them are similar to our understanding today.

Sedative: The herb is used mostly for its sedative effect. A sachet placed inside a bed pillow releases an aroma that calms the mind. Hops help to reduce irritability and restlessness and promote a sound night’s sleep.

Tension: Blended with other herbs, hops are good for stress, anxiety, tension, and headaches, though they should not be used if depression is a factor. Their antispasmodic action makes hops useful for certain types of asthma and for period pain.

Aid to digestion: Hops are beneficial for the digestion, increasing stomach secretions and relaxing spasms and colic.