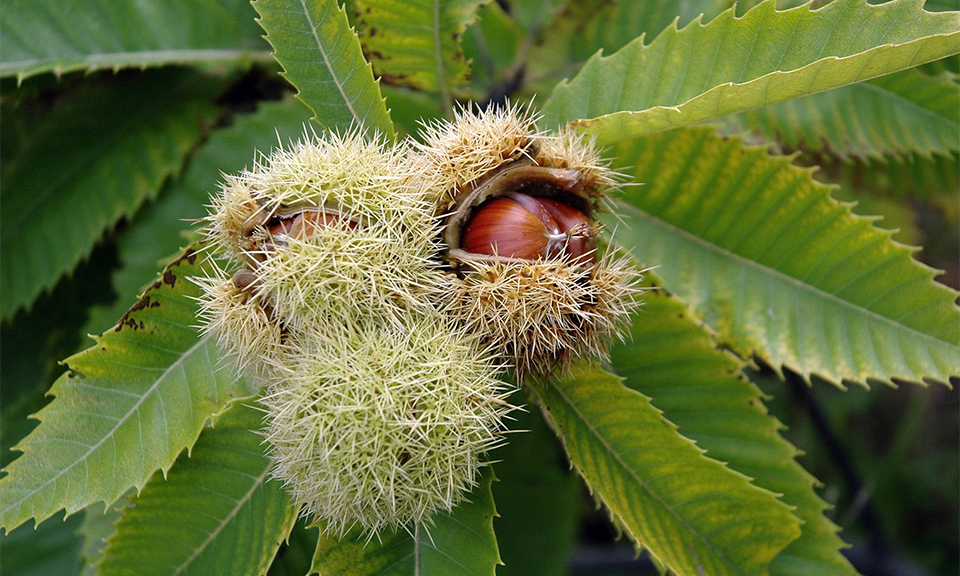 Extracts of horse chestnut seed—the shiny brown “conkers” collected by British children in autumn—have a scientifically established ability to relieve the symptoms of varicose veins, and promote their repair. Taken by mouth, or applied as a lotion, horse chestnut will help to tighten up the tissues and reduce the pain and swelling of varicose veins. It is also useful in helping to reduce fluid retention.

Native to mountain woods from the Balkans through western Asia to the Himalayas, horse chestnut is now cultivated as an ornamental and shade tree in temperate regions around the world, especially in northern and western Europe. It is propagated from seed in autumn or spring. Leaves are harvested in summer, the bark and seeds in autumn.

Do not use Ohio Buckeye (A. glabra) as it is toxic if taken internally.

Circulatory system: Although horse chestnut has a beneficial effect on the heart and arteries, it is primarily a remedy for the veins. It helps improve the tone of the vein walls, which when slack or distended result in varicose veins, piles, and similar problems. It also reduces edema (fluid retention) caused by fluid leaking from distended veins, and increases the permeability of the capillaries, allowing excess fluid to drain back into the circulatory system. Horse chestnut is taken internally for leg ulcers, varicose veins, piles, and frostbite, and applied locally as a lotion, gel, or ointment. A decoction of the bark or leaf can be used as an astringent lotion for varicose veins.

Rheumatism: In France, an oil extracted from the seeds has been used as a topical application for rheumatism.

Chest remedy: Horse chestnut makes a serviceable chest remedy and in Turkey has been used to treat chest complaints in horses. In the U.S. a decoction of the leaves has been considered useful for whooping cough.