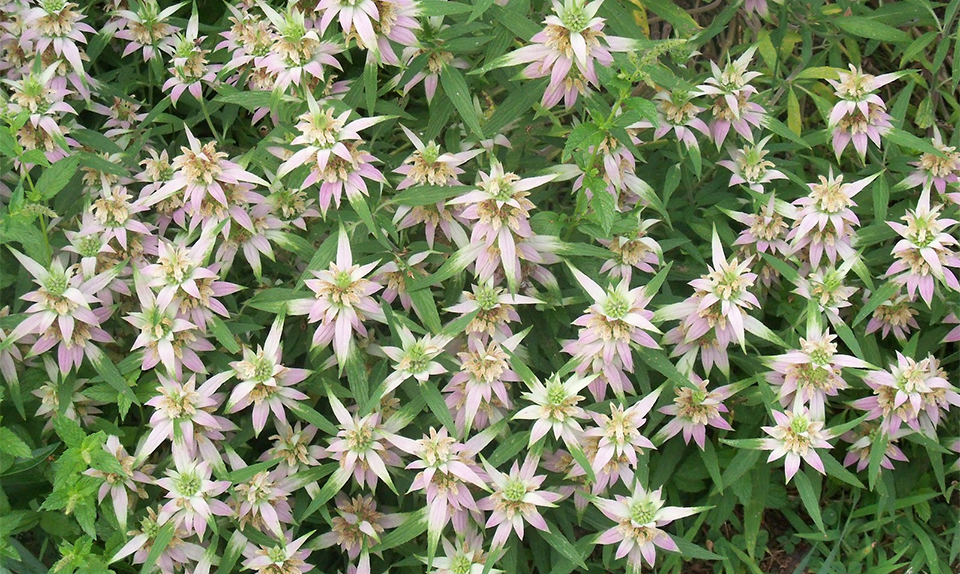 Native to the eastern and central U.S., horsemint is found in dry and sandy areas. It is gathered when in flower in summer and autumn.

Horsemint’s volatile oil has thymol as the main constituent.

Horsemint’s genus name, Monarda, was bestowed in honor of Nicolas Monardes, a Spanish physician, whose herbal of 1569 detailed the medicinal uses of a number of New World plants. Horsemint was used by the Winnebagos and Dakotas as a stimulant and as a treatment for cholera. Other Native Americans used the herb for a wide variety of problems, including nausea, backache, fluid retention, chills, and headache.

Having a strong volatile oil, horsemint is primarily used for digestive and upper respiratory problems. It is taken as an infusion to relieve nausea, indigestion, flatulence, and colic. It is also employed to reduce fevers and upper respiratory mucus. The herb has an antiseptic action within the chest. Taken internally or applied externally, horsemint reduces fever by encouraging sweating. It also strongly stimulates menstruation.

In 19th-century America, Oswego tea (M. didyma) was considered a tonic for young mothers, and was traditionally given to brides. It is thought to be a mild menstrual regulator and an appetite stimulant.