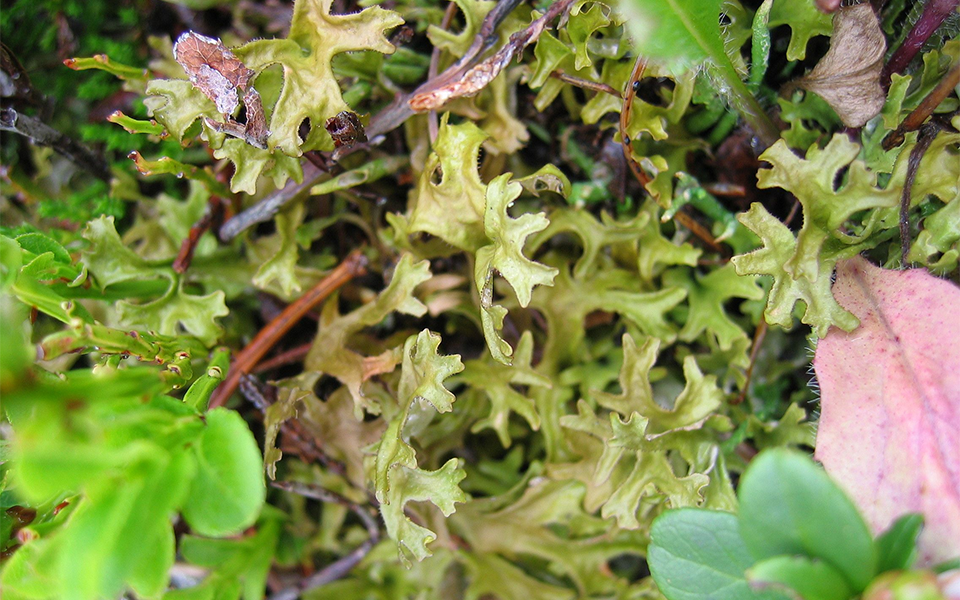 Yellow-green lichen growing in undulating, leathery tufts up to 3 in (8 cm) across.

Iceland moss is native to northern and alpine areas of Europe. It flourishes in sub-Arctic and mountainous regions on rocks and on the bark of trees, especially conifers. It is harvested throughout the year.

Iceland moss has been used since ancient times as a cough remedy, and has also been used in European folk medicine as a cancer treatment.

Strongly demulcent, Iceland moss soothes the mucous membranes of the chest, counters congestion, and calms dry and paroxysmal coughs, being particularly helpful as a treatment for elderly people. Iceland moss is also very bitter and, within the gut, has both a demulcent and bitter tonic effect—a combination almost unique in medicinal herbs. It is thus of value in all kinds of chronic digestive problems, for instance irritable bowel syndrome.