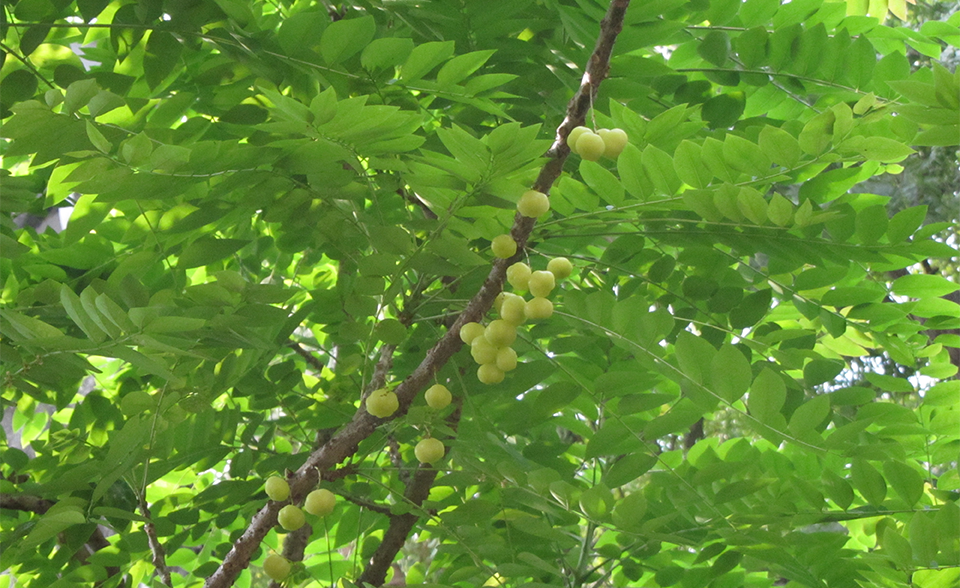 Indian gooseberry grows in China, India, and Southeast Asia and is widely cultivated for its fruit.

The Indian gooseberry features in a 7th-century Ayurvedic medical text. The sage Muni Chyawan reputedly restored his vitality with this fruit.

The astringent Indian gooseberry is given to allay the effects of aging and to restore the organs. In Ayurvedic medicine, the fruit juice is given to strengthen the pancreas of diabetics. It is one of the three herbs in the classic Ayurvedic herbal formula known as “Triphala.”

Recent research suggests that Indian gooseberry might have a remarkably wide range of potential medicinal benefits. A study in Kerala, India, showed that it may have protective activity against liver cancer.

Other studies indicate potential anti-inflammatory and fever-inhibiting effects, and a cholesterol-lowering action. A study undertaken in Bombay concluded that the fruit might prove useful in the treatment of acute pancreatitis.