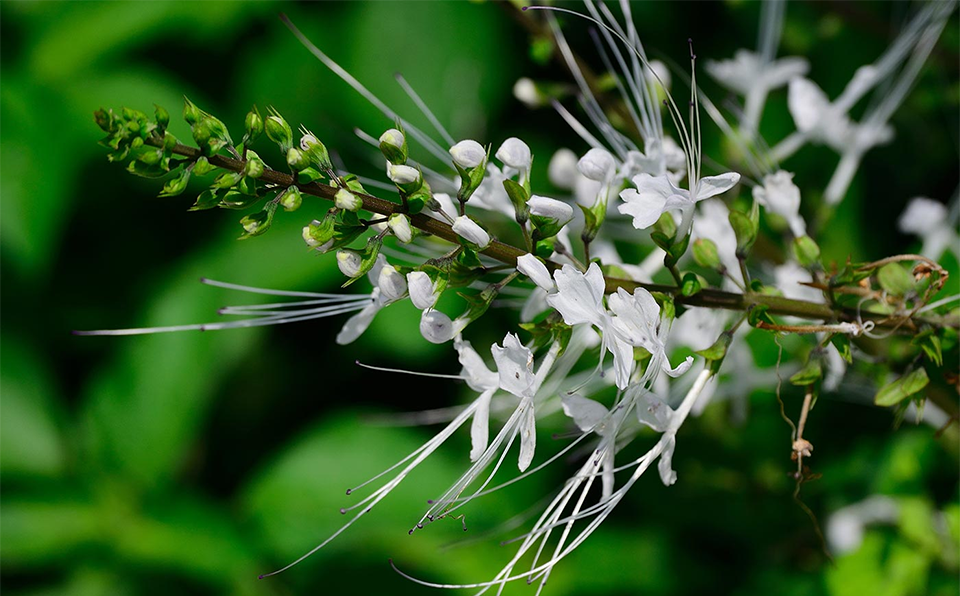 Shrub growing to about 3 ft (1 m). Has pointed leaves and lilac-colored flowers with very long stamens.

Java tea is native to Southeast Asia and Australia. Now cultivated as a medicinal plant, it is picked as required throughout the year.

Java tea is listed in the French, Indonesian, Dutch, and Swiss pharmacopoeias (official documents containing a list of drugs and their medicinal uses, preparations, and dosages). It is thought to increase the kidneys’ ability to eliminate nitrogen-containing compounds. The herb is much used as a diuretic and as a treatment for kidney infections, stones, and poor renal function resulting from chronic nephritis. It is also used to treat cystitis and urethritis.