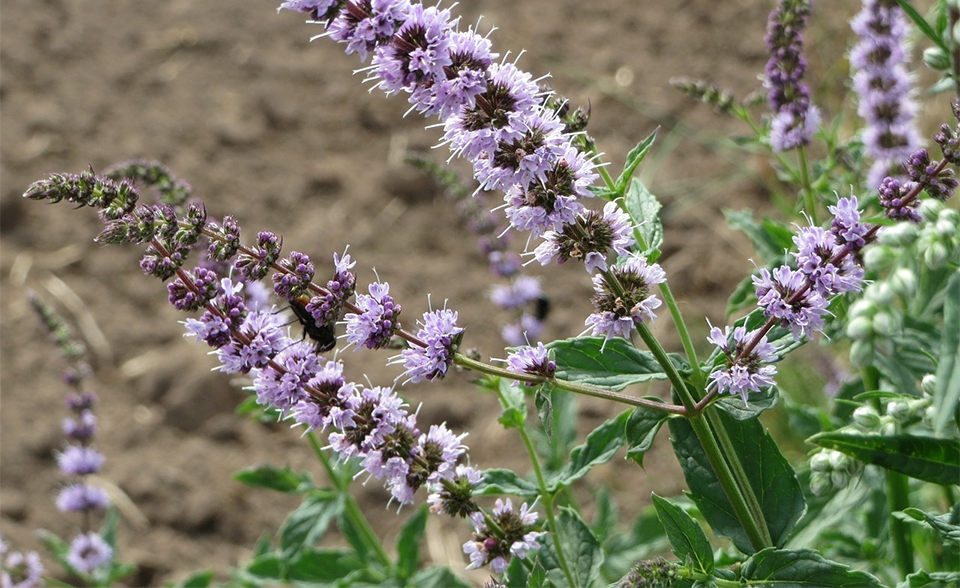 Native to the Far East, jing jie is widely cultivated in eastern China. The aerial parts of the plant are gathered in autumn.

Jing jie contains a volatile oil, the main constituents of which are menthone and limonene.

In the Chinese tradition, jing jie is valued as an aromatic and warming herb. It is taken to alleviate skin conditions such as boils and itchiness. Jing jie also induces sweating and is used to treat fever and chills, and as a remedy for measles. It is often combined with bo he (Mentha haplocalyx).

Chinese studies have confirmed jing jie’s ability to increase blood flow in the vessels just beneath the skin.