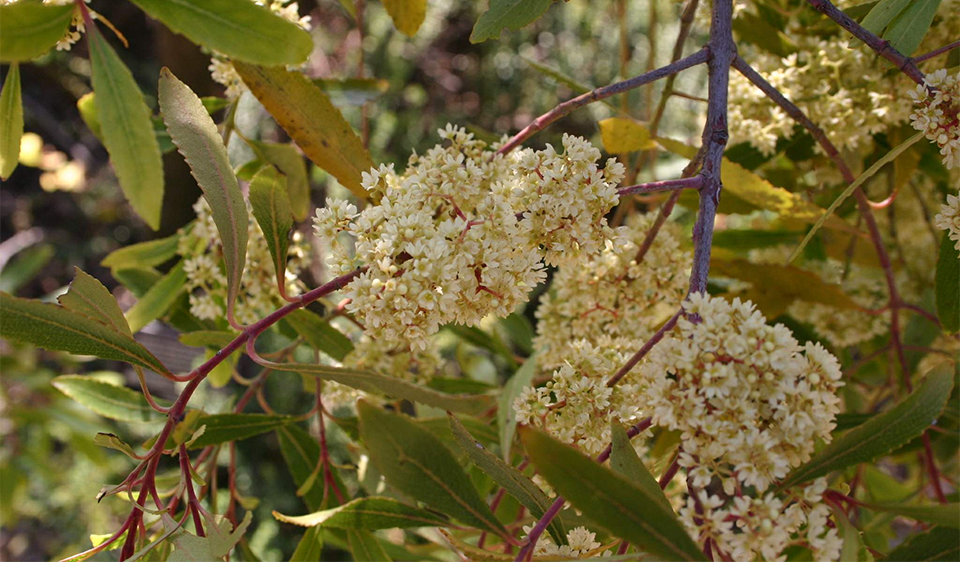 Native to the Middle East and the Horn of Africa, khat prefers grassland and arid conditions. It is cultivated in Ethiopia, Somalia, East Africa, and the Arabian peninsula.

Khat contains alkaloids similar to those in Ephedra species—norpseudoephedrine (up to 1%) and ephedrine, tannins, and a volatile oil. Ephedrine-type alkaloids strongly stimulate the central nervous system, are antiallergenic, and suppress the appetite.

Khat is taken in some African and Middle Eastern countries as a stimulant, tonic, and appetite suppressant. Infused, smoked, or chewed, khat produces an effect somewhat similar to that of coca leaves (Erythroxylum coca). Whether khat is addictive is unclear, but withdrawal can produce lethargy.

Mainly used as a social drug, khat is also chewed fresh or taken in an infusion to treat ailments such as malaria. In Africa, it is taken in old age, stimulating and improving mental function. Khat is used in Germany to counter obesity.

Khat may cause headaches, raised blood pressure, and general over-stimulation if used more than a few weeks at a time. Do not take during pregnancy or while breastfeeding.