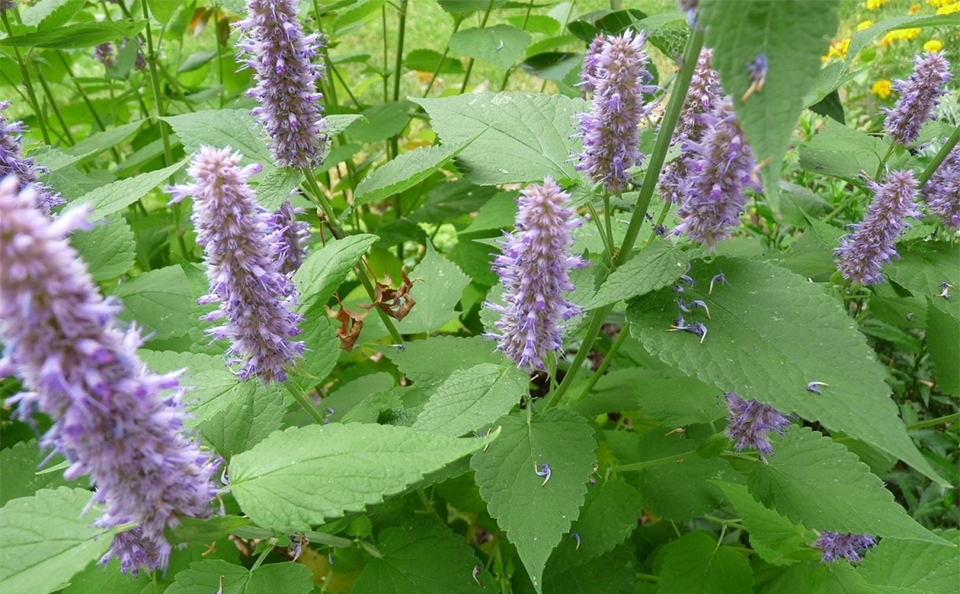 Native to China and also found in Japan, Korea, Laos, and Russia, Korean mint grows wild on slopes and roadsides. It is cultivated throughout China and gathered in summer.

Korean mint was first mentioned in a Chinese medicinal text—Tao Hongjing’s revision of the Divine Husbandman’s Classic (Shen’nong Bencaojing), which he wrote in about 500 CE.

The acrid Korean mint is considered a warming herb in Oriental herbal medicine and is used to treat “dampness” within the digestive system. In Korea, as its name suggests, the leaves are eaten as a condiment to aid digestion. The herb stimulates and warms the digestive tract, relieving symptoms such as abdominal bloating, indigestion, nausea, and vomiting. It is commonly used to relieve vomiting and morning sickness. Korean mint is used to treat the early stages of viral infections that feature symptoms such as stomachache and nausea. A lotion containing Korean mint may be applied to fungal conditions such as ringworm.

In southern China and Taiwan, Pogostemon cablin is used interchangeably with Korean mint. P. cablin is a close relative of the Indian plant P. patchouli, from which patchouli oil is produced.