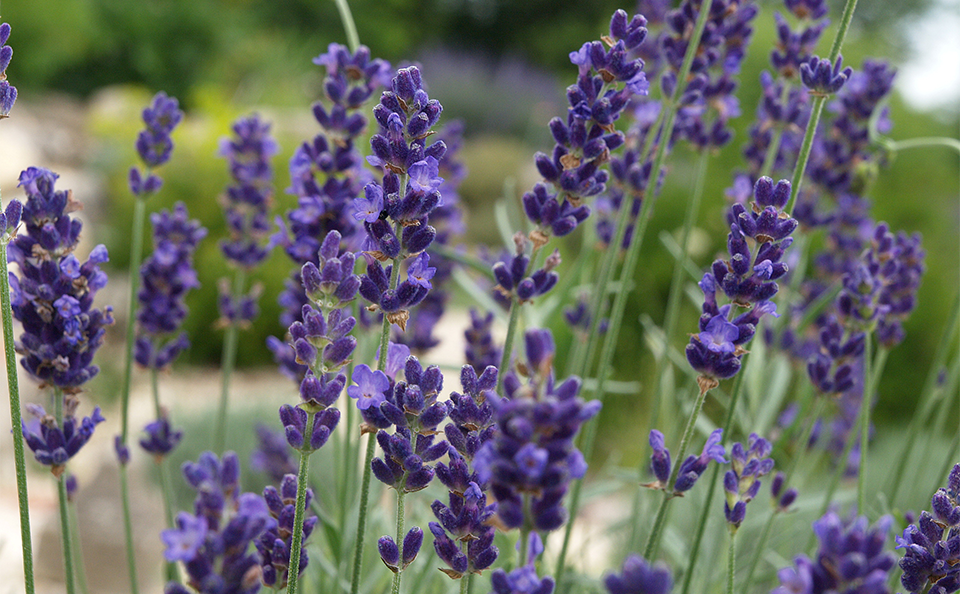 Lavender is an important relaxing herb, but it is better known for its sweet-scented aroma than for its medicinal properties. It became popular as a medicine during the late Middle Ages, and in 1620 it was one of the medicinal herbs taken to the New World by the Pilgrims. It was described by the herbalist John Parkinson (1640) as being of “especiall good use for all griefes and paines of the head and brain.”

Native to France and the western Mediterranean, lavender is cultivated worldwide for its volatile oil. It is propagated from seed or cuttings and needs a sunny position. The flowers are picked in the morning in high summer and are dried, or distilled to produce essential oil.

Spike lavender (L. spica) yields more oil than L. officinalis, but of an inferior quality. L. stoechas is used as an antiseptic wash for wounds, ulcers, and sores in Spain and Portugal.

Lavender oil: A 2014 clinical trial found lavender oil taken internally to be more effective than both a placebo and a conventional tranquilizer in relieving generalized anxiety. It also showed antidepressant activity. Other studies have found similar benefits and tended to confirm relaxant, antidepressant, and gently sedative activity. The oil is thought to have low toxicity and significant antibacterial and anti fungal activity.

Flowers: Lavender flowers and oil have similar properties. Although little research has been conducted, it is likely the flowers have a significantly greater carminative and neuroprotective activity. Applied externally, flower extracts are insecticidal and rubefacient (irritant and stimulating to the local circulation).

Nervous system: Lavender is well known for its soothing and calming effect and is combined with other sedative herbs to relieve sleeplessness, irritability, headaches, and migraine. It also helps to alleviate depression.

Digestion: Like many herbs with a significant volatile oil content, lavender soothes indigestion and colic, and relieves gas and bloating.

Asthma: Lavender’s relaxing effect makes it helpful for some types of asthma, especially where excessive nervousness is a feature.

Essential oil: The oil is an invaluable first aid remedy. It is strongly antiseptic, helping to heal burns, wounds, and sores. Rubbed onto insect stings, it relieves pain and inflammation, and can be used to treat scabies and head lice. Massaging a few drops on the temples eases headaches, and five drops added to a bath at night relieves muscle tension, tones the nervous system, and encourages sleep.