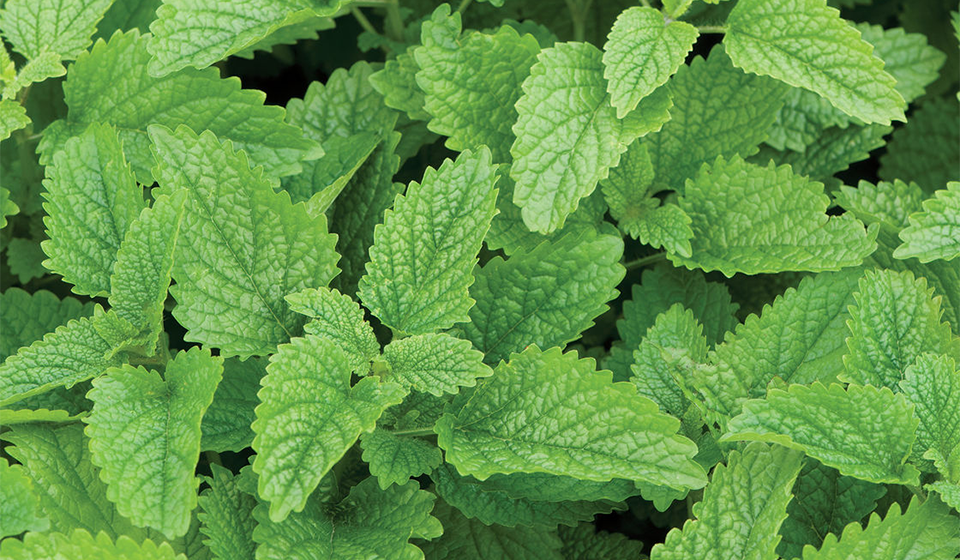 In writing that “Balm is sovereign for the brain, strengthening the memory and powerfully chasing away melancholy,” John Evelyn (1620–1706) neatly summarized lemon balm’s long tradition as a tonic remedy that raises the spirits and comforts the heart. Today, this sweet-smelling herb is still widely valued for its calming properties, and new research shows that it can help significantly in the treatment of cold sores.

Native to southern Europe, western Asia, and northern Africa, lemon balm now grows throughout the world. The plant is propagated from seed or cuttings in spring. The aerial parts are picked from early summer onward and are best harvested just before the flowers open, when the concentration of volatile oil is at its highest.

Volatile oil: German research has shown that the volatile oil, and in particular citral and citronellal, calm the central nervous system. The oil is also strongly antispasmodic.

Polyphenols: Polyphenols are antiviral. In particular, they combat the herpes simplex virus, which produces cold sores. In one research study, the average healing time of cold sores was halved to about 5 days and the time between outbreaks doubled.

Traditional uses: This herb has always been taken to lift the spirits. Taken regularly, it was believed to encourage longevity. Other traditional uses include healing wounds, relieving palpitations and relaxing the heart, and treating toothache.

Modern relaxing tonic: Lemon balm is a relaxing tonic for anxiety, mild depression, restlessness, and irritability. It reduces feelings of nervousness and panic and will often quiet a racing heart, being a valuable remedy for palpitations of a nervous origin. Lemon balm is also useful when too much anxiety is causing digestive problems such as indigestion, acidity, nausea, bloating, and colicky pains.

Hormonal herb: Following the discovery of its anti-thyroid effect, the herb is given to people with an overactive thyroid.

Other uses: Lemon balm is a first-aid remedy for cuts and insect stings and is good for fevers.