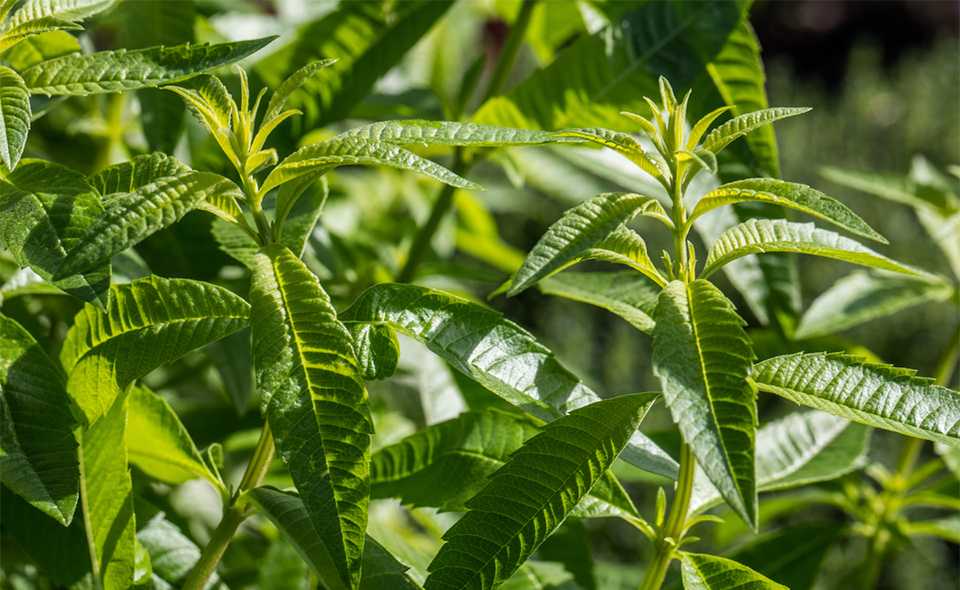 Lemon verbena is native to South America. It is cultivated in temperate climates as an aromatic, ornamental plant and for its leaves, which are used to make herbal tea. The leaves are gathered in late summer.

Lemon verbena was introduced to Europe in 1784. In Spain, France, and elsewhere in Europe, the infusion is a popular drink.

An undervalued medicinal herb, lemon verbena shares qualities with lemon balm (Melissa officinalis). Both herbs contain a strong lemon-scented volatile oil that has calming and digestive properties. Lemon verbena has a gentle sedative action and a reputation for soothing abdominal discomfort. Its tonic effect on the nervous system is less pronounced than that of lemon balm, but it nonetheless helps to lift the spirits and counter depression.

Yerba dulce (L. dulcis), native to Mexico, is used therapeutically as a demulcent and expectorant remedy. In Mexico, many other Lippia species are used for their antispasmodic, period-inducing, and stomach-soothing properties. L. adoensis is drunk as a tea in West Africa. See also lippia (Lippia alba).