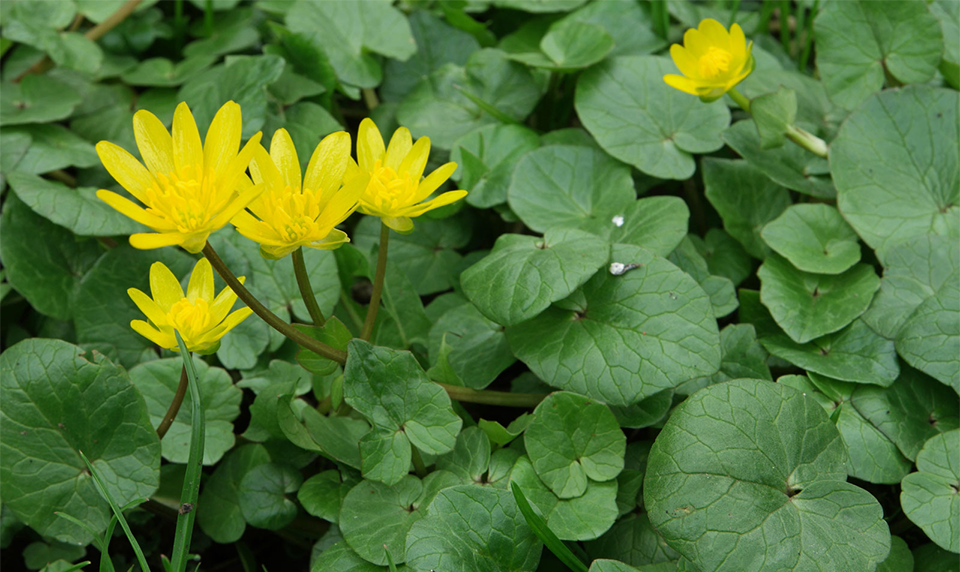 Lesser celandine is native to western Asia, North Africa, and Europe. Commonly found in woods, roadsides, and bare open spaces, it is collected when in flower in spring.

Lesser celandine has been used from the earliest times as a medicine for the relief of hemorrhoids and ulcers. In medieval times it was believed that simply carrying lesser celandine on one’s person was sufficient to cure hemorrhoids.

Various other Ranunculus species have been used in herbal medicine, even though all are toxic and irritant to a greater or lesser degree. In North America, the Meskawi people used the flowers and stigma of the yellow water crowfoot (R. delphinifolius) as a snuff to provoke sneezing, and mixed it with other herbs to treat respiratory conditions such as mucus and nasal congestion.

Do not take lesser celandine orally.