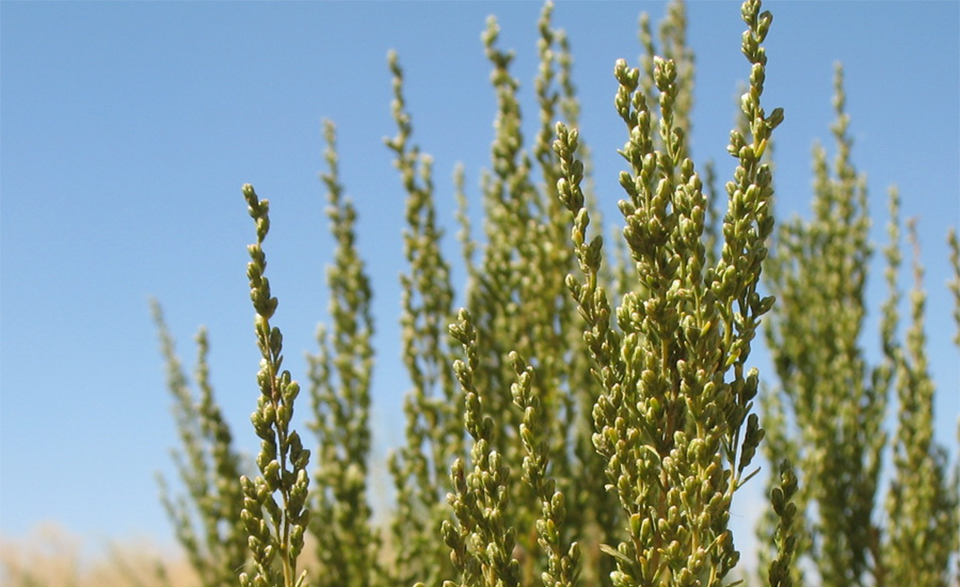 Shrubby perennial with long thin leaves and tiny round tufts of flowers.

This herb is native to the region stretching from the eastern Mediterranean to Siberia. The unopened flower heads are gathered from wild and cultivated plants.

Levant wormwood contains santonin (a sesquiterpene lactone), artemisin, and a volatile oil (with up to 80% cineole). Santonin is directly toxic to roundworms and, to a lesser extent, threadworms.

Levant wormwood was known to the classical Greek world as a remedy for intestinal worms, and it has been used for this purpose ever since. Its active constituent, santonin, was first isolated in 1830, and is now more commonly employed than the plant itself.

Used almost exclusively to expel worms, Levant wormwood is strongly bitter and aromatic and has a tonic and stimulant effect on digestion. The dried flower heads are occasionally mixed with honey to disguise their bitterness.

Do not take during pregnancy. Use only under professional supervision, especially in the case of children under 12.