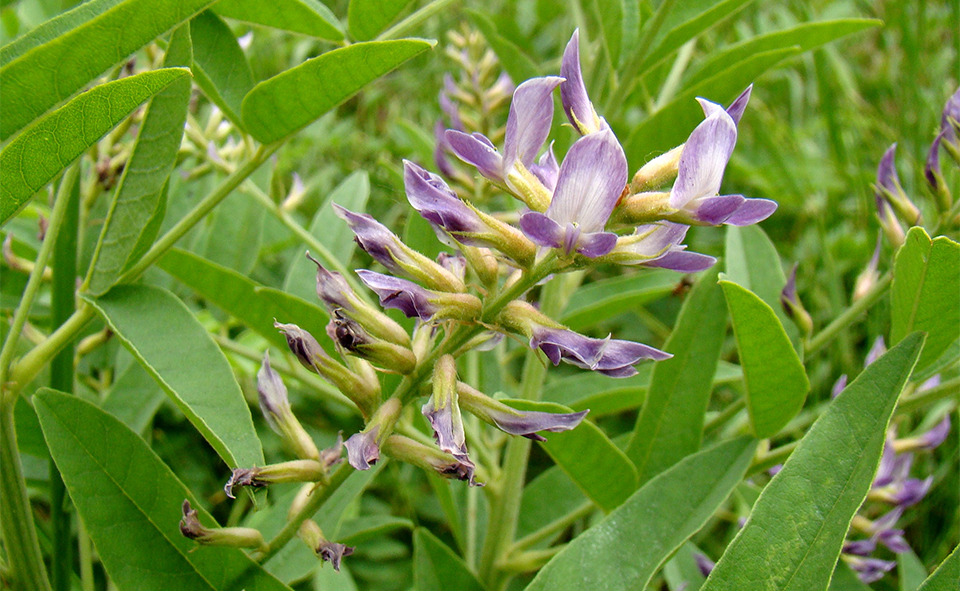 With a constituent—glycyrrhizic acid—that is 50 times sweeter than sugar, it is not surprising that licorice is mainly thought of as a candy. Yet it is also one of the most valuable of all herbal medicines, a powerful anti-inflammatory that is effective in conditions as varied as arthritis and canker sores. It is among the most used herbs in European medicine, and has been taken medicinally for several thousand years.

Licorice grows wild in southeastern Europe and southwestern Asia, but it is now extensively cultivated. It is propagated by dividing the roots in autumn or spring. The root of 3–4-year-old plants is unearthed in late autumn.

Various Glycyrrhiza species are used medicinally in a similar way to licorice, for example the Chinese gan cao (G. uralensis).

Adrenal agent: Research shows that on being broken down in the gut, glycyrrhizin has an anti-inflammatory and anti-arthritic action similar to hydrocortisone and other corticosteroid hormones. It stimulates production of hormones by the adrenal glands and reduces the breakdown of steroids by the liver and kidneys.

Glycyrrhizin: Research in Japan in 1985 showed that glycyrrhizin was effective in the treatment of chronic hepatitis and liver cirrhosis.

Protective mucus: Licorice as a whole reduces stomach secretions but produces a thick protective mucus for the lining of the stomach, making it a useful remedy in inflammatory stomach conditions.

Isoflavones: The isoflavones are known to be estrogenic. Licorice is often used to treat menopausal symptoms, including hot flashes.

Traditional uses: Licorice has long been valued for its medicinal uses. It was taken in ancient Greece for asthma, chest problems, and canker sores.

Soothing herb: Inflammatory conditions of the digestive system such as canker sores, gastritis, peptic ulceration, and excessive acid problems benefit from licorice’s demulcent and anti-inflammatory properties, as do many chest complaints, arthritis, inflamed joints, and some skin problems. Licorice is also soothing for inflamed eyes.

Constipation: Licorice is useful as a gentle laxative.