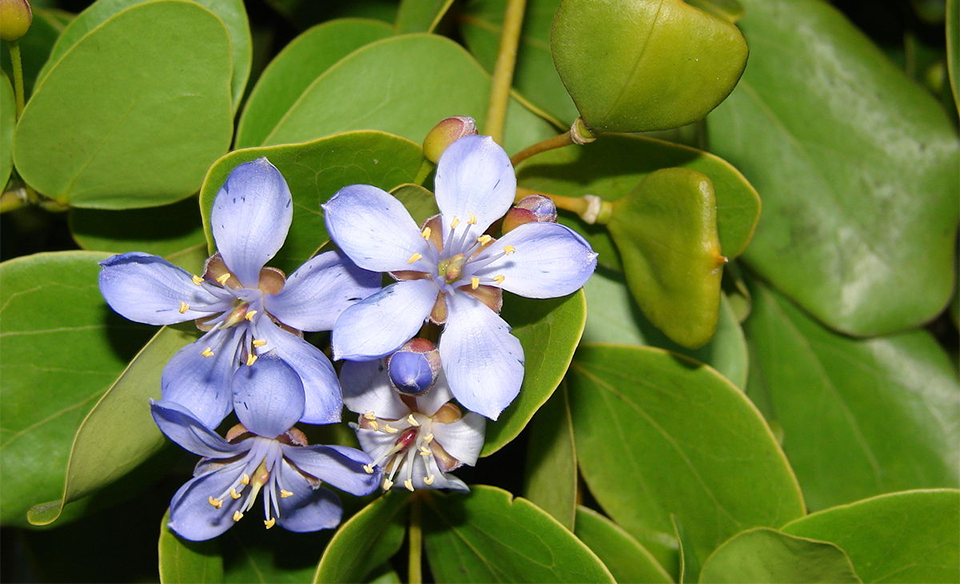 Lignum vitae is native to South America and the Caribbean islands. It grows in tropical rainforests. The tree is felled for its timber, and resin is extracted from the heartwood.

In 1519, Ulrich von Hutten, a German satirist, was said to have cured himself of syphilis after a 40-day regimen involving fasting, profuse sweating, and drinking decoctions of lignum vitae. Furthermore, in 1526, Oviedo, one of the earliest chroniclers of American natural history, wrote that “Caribbean Indians cure themselves very easily” of venereal disease with this plant. For some years, lignum vitae was in great demand in Europe but it slowly fell into disrepute, its use as a cure for syphilis being seen as a long-lasting hoax. However, it is possible that the herb might have some effect if combined with an intensive naturopathic regimen.

Used in Europe, especially in Britain, as a remedy for arthritic and rheumatic conditions, lignum vitae has anti-inflammatory properties that help to reduce joint pain and swelling. It is also diuretic, laxative, and sweat-inducing and speeds the elimination of toxins, which makes it valuable for treating gout. Tincture of lignum vitae is commonly used as a friction rub on rheumatic areas. Absorbent cotton moistened with the resin may be applied to aching teeth. A decoction of the woodchips acts as a local anesthetic, and is used to treat rheumatic joints and herpes blisters.

G. sanctum, which grows in Central America and parts of Florida, and G. coulteri, native to Mexico, are used in the same manner as lignum vitae.

Lignum vitae is subject to legal restrictions in some countries and is endangered.