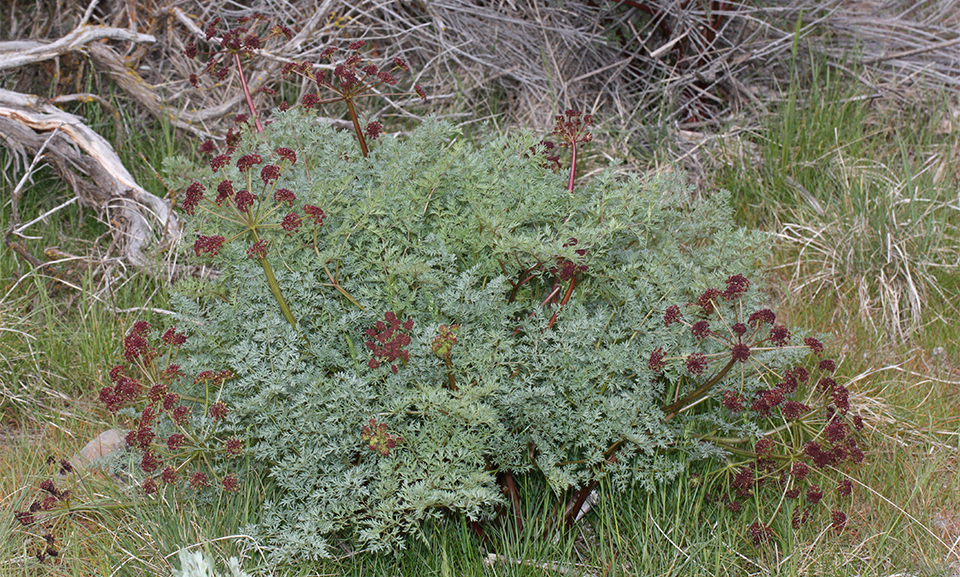 Native to coastal and inland regions of western North America from California as far north as British Columbia.

One of the most important medicinal plants of the Pacific Northwest, lomatium was “big medicine” for Native Americans and widely used for respiratory infections such as coughs, colds, and flu. In Nevada, lomatium root was combined with yarrow (Achillea millefolium) to treat sexually transmitted diseases.

In Oregon, a decoction of the root was applied to horses to rid them of ticks. During the 1917 influenza epidemic an American doctor, Ernest Krebbs, successfully used lomatium in his own practice, after noting the effective use of the herb by Native Americans.

Lomatium is today used mostly by botanical practitioners in North America to treat a broad range of viral infections, from chronic fatigue syndrome to influenza and herpes infections. A good tonic herb, it promotes peripheral blood flow and stimulates immune function. It is usually combined with other herbs such as Echinacea (Echinacea spp.) or wild indigo root (Baptisia tinctoria).

The tetronic acids have been shown to be markedly antimicrobial and toxic to fish (Native Americans used to place the fresh root in streams or pools in order to stun fish). Preliminary studies in Canada and the U.S. suggest that lomatium has significant antiviral activity.

A red measles-like rash, which clears on stopping treatment, may develop when taking lomatium. Like other members of the carrot family, lomatium can increase sensitivity to sunlight.