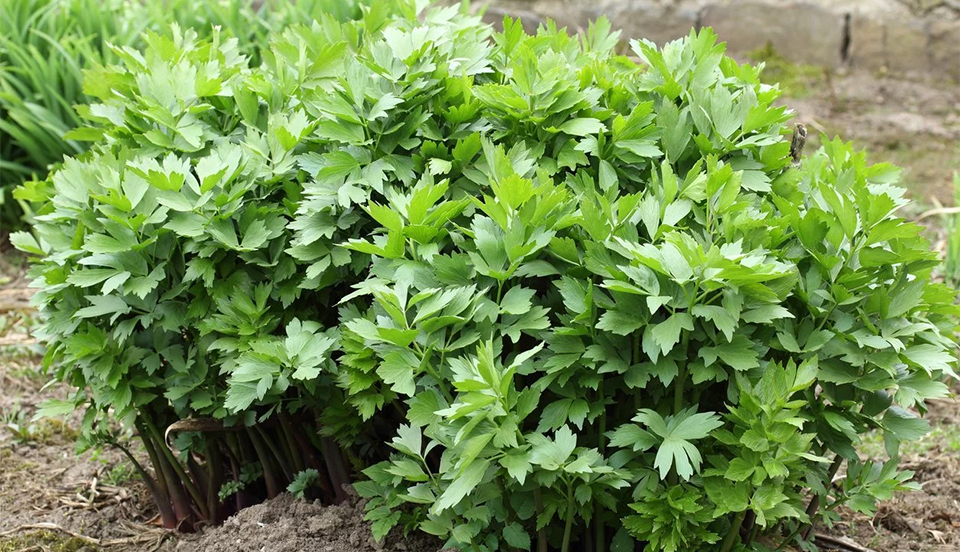 Lovage is found in southern Europe and southwestern Asia. It thrives on sunny mountain slopes. The leaves are gathered in spring or early summer, the seeds in late summer, the root in autumn.

The Trotula texts, written in Salerno during the 12th century, recommend lovage for skin lightening. The Irish herbalist K’Eogh follows this recommendation: “lovage clears the sight and removes spots, freckles and redness from the face.”

Lovage is a warming and tonic herb for the digestive and respiratory systems. It treats indigestion, poor appetite, gas and colic, and bronchitis. Lovage is significantly diuretic and antimicrobial and is commonly taken for urinary tract problems. It also promotes menstruation and relieves period pain. Its warming nature improves poor circulation.

The Chinese chuan xiong (Ligusticum chuanxiong) is used principally as a means to bring on absent menstrual periods and to treat period pain. The Chinese gao ben (Ligusticum sinense) is also used for pain.

Do not take during pregnancy. Do not take if you suffer from kidney disease. Can increase sensitivity to sunlight.