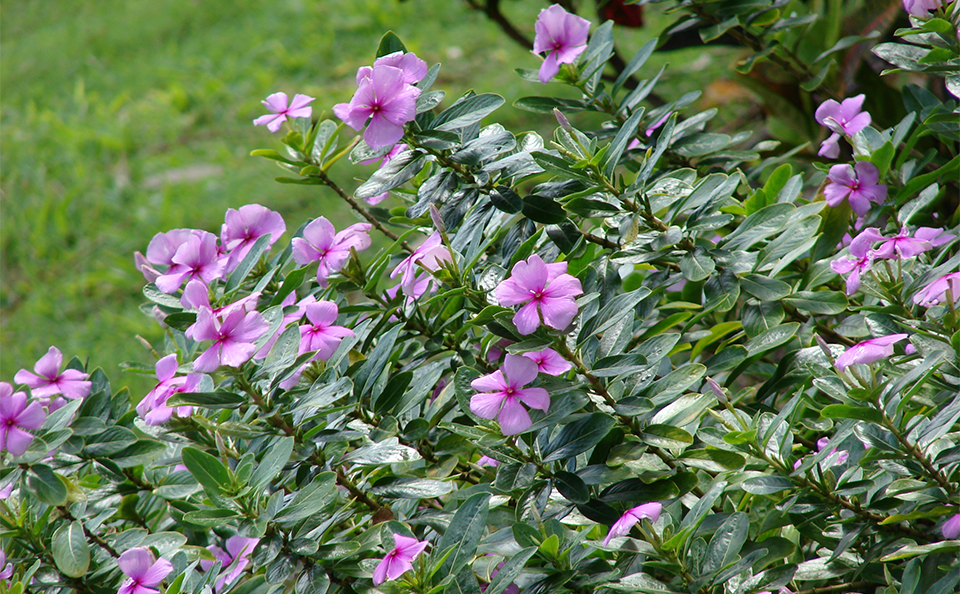 Thought to be a native of Madagascar, this herb is now common in many tropical and subtropical regions worldwide. It is cultivated commercially as a garden ornamental. The herb and root are gathered in summer.

This plant is used in folk medicine in the Philippines as a remedy for diabetes. In the Caribbean, the flowers are used as a soothing eyewash.

Madagascar periwinkle’s traditional use as a treatment for diabetes has led to extensive investigation into its properties. Vincristine and vinblastine are powerful anticancer agents, and are two of the most important medicinal compounds found in plants in the last 40 years. Vincristine is a standard treatment for Hodgkin’s disease, and vinblastine for childhood leukemia. While extracts from Madagascar periwinkle have been shown to lower blood-sugar levels, simple preparations of the whole plant may not be effective.