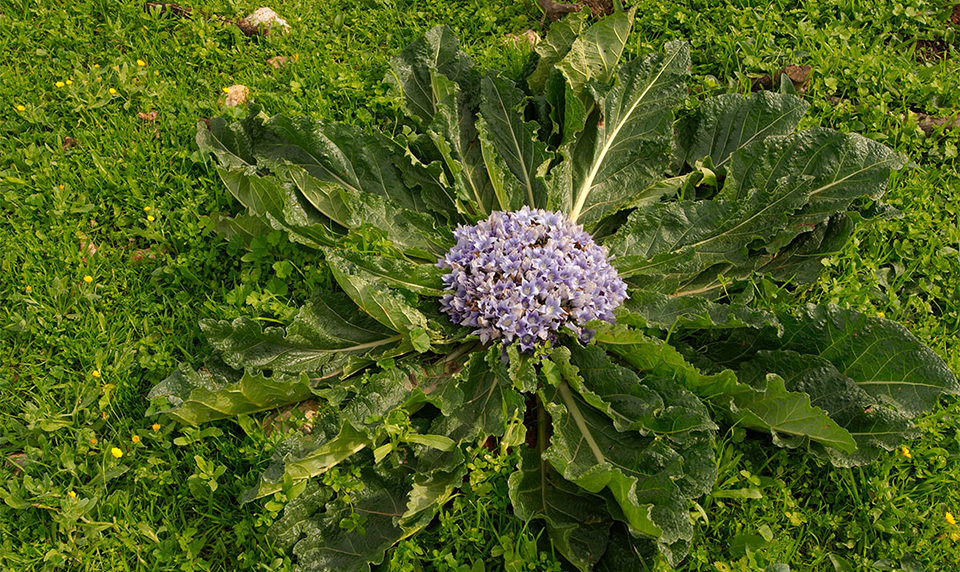 Perennial growing to 2 in (5 cm). Has a deep branching root, a rosette of broad floppy leaves, funnel-shaped white to purple flowers, and yellow fruit.

Native to the Mediterranean region of Europe, mandrake grows on dry riverbeds. Its leaves are picked in summer.

Legend held that the mandrake, on being uprooted, emitted a scream that was so powerful it could kill the person harvesting the plant. Consequently, reported one classical authority, mandrake was pulled up by dogs that had the stems tied to their tails. The fantastic powers attributed to the plant were partly due to the narcotic-like properties of the root. Also influential was the root’s shape, which often vaguely resembles the human form.

The roots have been carved and used as talismans for thousands of years, especially to aid fertility in women, and as a charm against misfortune. From Roman times onward, mandrake root bark was used as an anaesthetic and analgesic, and as a treatment for insanity.

Mandrake has now largely fallen out of use. The herb is sometimes applied as a poultice or plaster for rheumatic and arthritic pains, or, as a decoction, for ulcers and similar kinds of skin disorders.

Mandrake is toxic. Do not take internally. Use externally only under professional supervision. The plant is subject to legal restrictions in some countries.