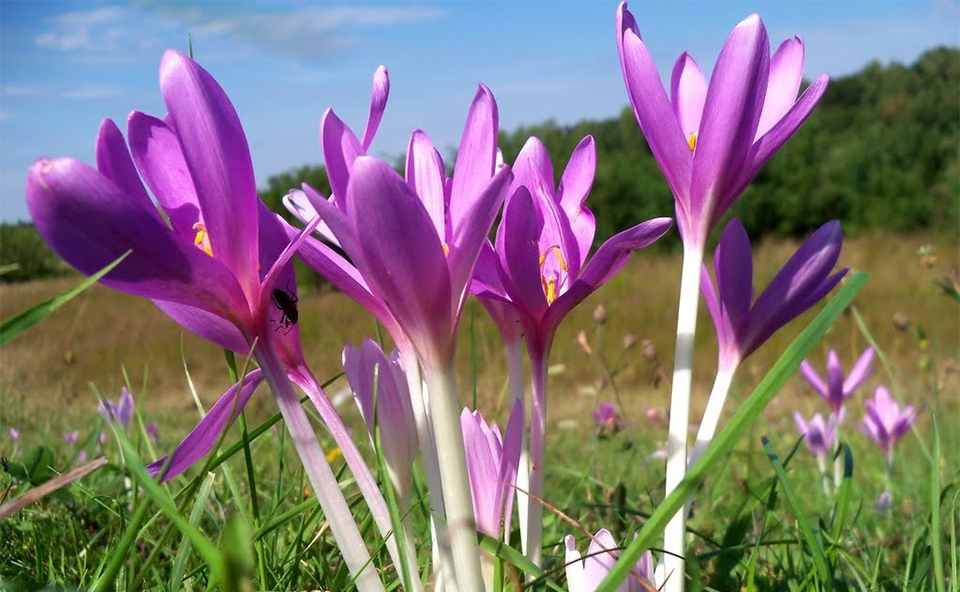 Attractive perennial growing from a bulb-like corm to 4 in (10 cm). Has pointed lance-shaped leaves and tubular 6-petaled pink flowers in autumn.

Common in Europe and North Africa, meadow saffron grows wild in woods and damp meadows. It is also cultivated. The corm is gathered in early summer, the seeds in late summer.

Meadow saffron contains alkaloids (including colchicine) and flavonoids. Colchicine is anti-inflammatory and is used in conventional medicine for acute attacks of gout. As it affects cell division it can cause fetal abnormality. It has been used in the laboratory to create new genetic strains.

Meadow saffron was not used in classical times due to its poisonous nature. Arabian physicians used it in the Middle Ages to treat joint pain and gout, but otherwise herbalists disregarded the plant until the 19th century.

Despite its toxicity, meadow saffron is considered one of the best remedies for acute gout pain. Leukemia has been successfully treated with meadow saffron, and the plant has also been used with some success to treat Behcet’s syndrome, a chronic disease marked by recurring ulcers and leukemia. Taken internally, the herb has significant side effects even at low dosage. Externally, it is applied to relieve neuralgia and itchiness.

This herb is highly toxic. Use only under professional supervision. Do not use during pregnancy. Meadow saffron is subject to legal restrictions in some countries.