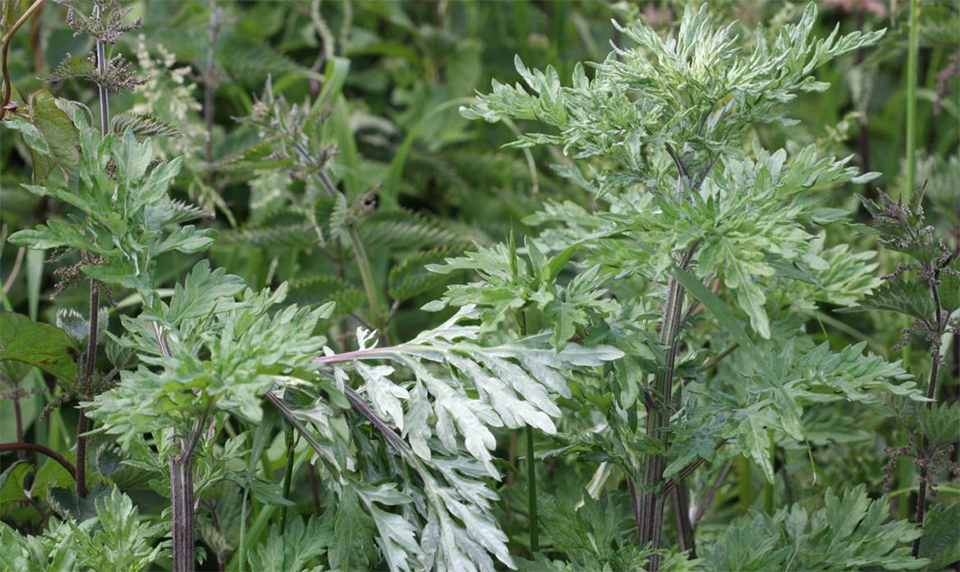 Mugwort is found in temperate regions of the northern hemisphere. It flourishes in open areas and along roads, and is gathered in late summer just before flowering.

Known as Mater Herbarum (mother of herbs), mugwort was used from the earliest times in Europe and Asia. Roman centurions reputedly placed it in their sandals to keep the soles of their feet in good shape. The Greek physician Dioscorides (1st century CE) recounts that the goddess Artemis (who inspired the plant’s genus name) was believed to give succor to women in childbirth.

The 13th-century Welsh herbal The Physicians of Myddfai recommends: “If a woman be unable to give birth to her child let the mugwort be bound to her left thigh. Let it be instantly removed when she has been delivered, lest there should be hemorrhage.”

An 18th-century Spanish herbalist, Diego de Torres, recommends the application of a mugwort plaster below the navel as an effective method of inducing labor. In the Isle of Man (UK), sprigs of mugwort are worn at the annual open-air parliamentary assembly, held on Tynwald Hill. In China, mugwort has been valued for millennia. It is the principal ingredient of moxa and is used in moxibustion, a process in which heat from a burning, cigar-shaped roll of chopped leaves is applied to acupuncture points.

A digestive and tonic herb, mugwort has a wide variety of traditional uses. Milder in action than most other Artemisia species, it can be taken over the long term at a low dose to improve appetite, digestive function, and absorption of nutrients. In addition, it can be taken to encourage the elimination of worms. Mugwort also increases bile flow and mildly induces the onset of menstruation.

The European conception of mugwort as a uterine stimulant is contradicted by Chinese usage, in which it is prescribed to prevent miscarriage and to reduce or stop menstrual bleeding. Mugwort is also antiseptic, and has been used in the treatment of malaria.

Do not take mugwort during pregnancy.