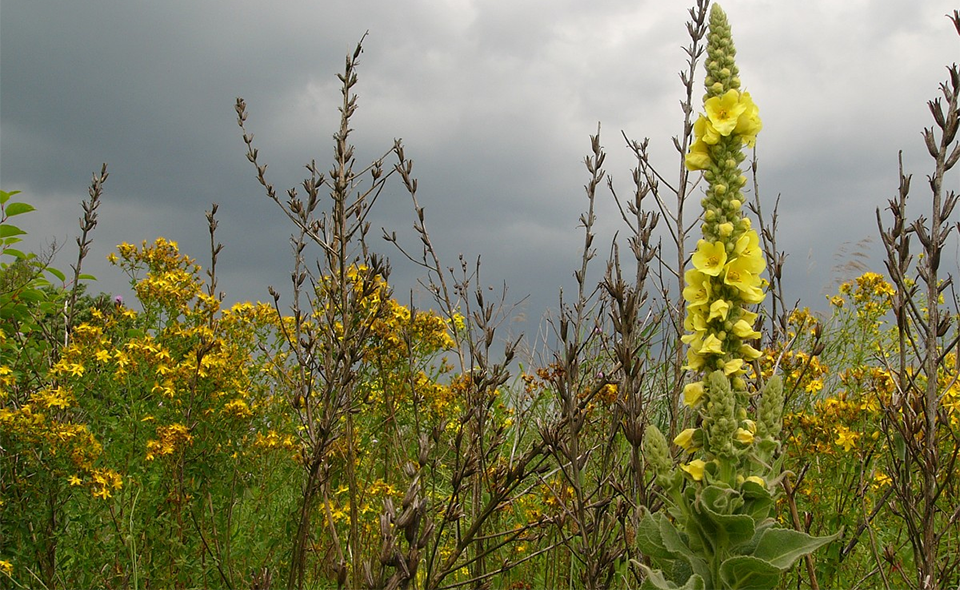 Mullein is native to central and southern Europe and western Asia. It is now also naturalized in many other temperate regions. Mullein grows on open uncultivated land and along roadsides. The leaves and flowers are collected during the summer.

Mullein was once credited with magical as well as medicinal virtues. John Gerard, a 16th-century herbalist, expressed doubts about the former: “there be some who think that this herbe being carryed aboute one, doth help the falling sickness… which thing is vaine and superstitious.” However, he did affirm mullein’s value as a cough medicine.

Mullein is a valuable herb for coughs and congestion, and is a specific treatment for tracheitis and bronchitis. The leaves and the flowers may be used as an infusion to reduce mucus formation and stimulate the coughing up of phlegm.

Mullein combines well with other expectorants such as coltsfoot (Tussilago farfara) and thyme (Thymus vulgaris). Applied externally, mullein is emollient and makes a good wound healer. In Germany, the flowers are steeped in olive oil, and the resulting fixed oil is used as a remedy for ear infections and hemorrhoids.