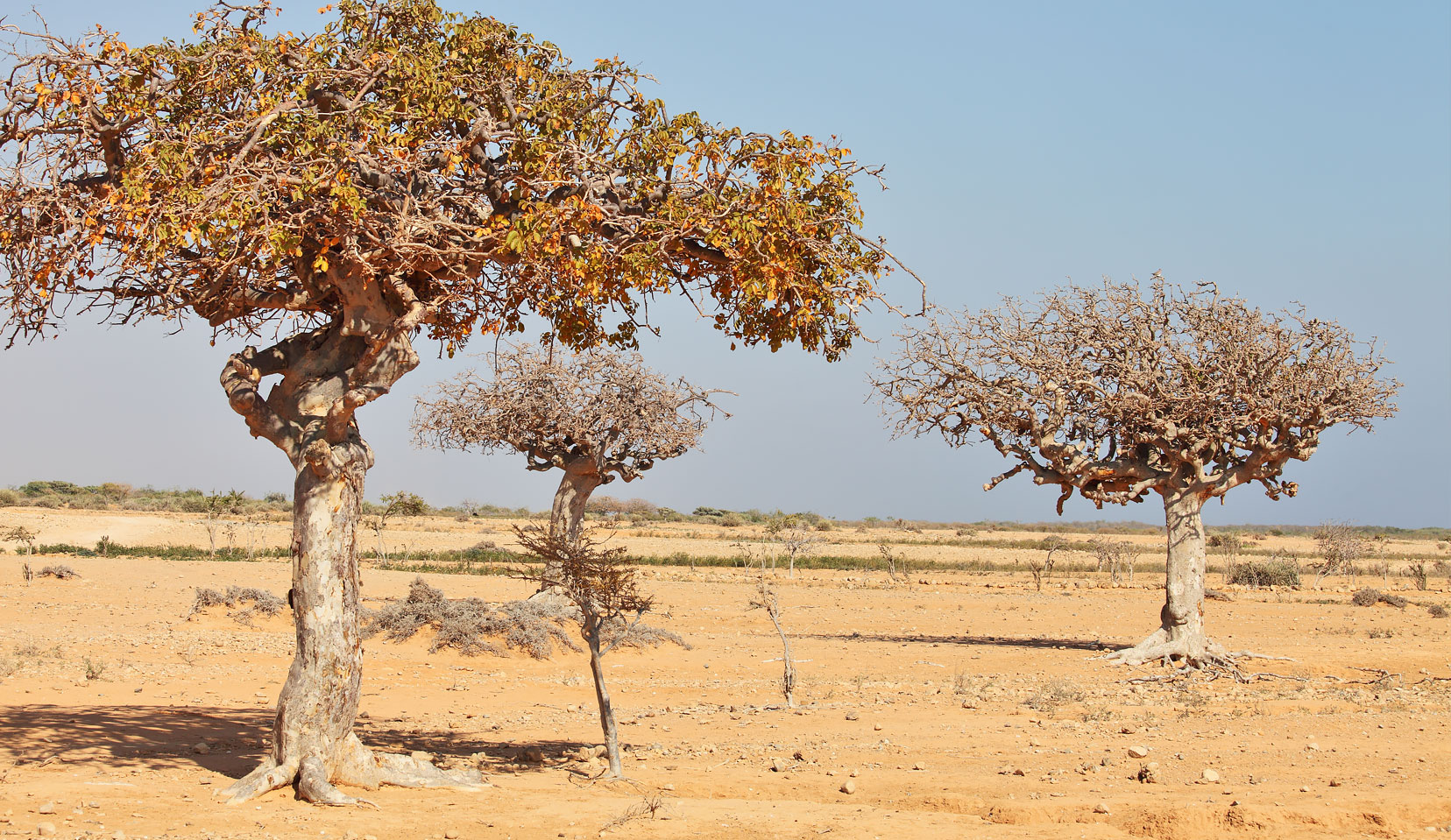 Myrrh has been used in perfumes, incense, and embalming, and, as a symbol of suffering, was one of the three gifts offered to the infant Jesus by the Three Wise Men. Myrrh is also one of the oldest known medicines and was extensively used by the ancient Egyptians. It is an excellent remedy for mouth and throat problems, with a drying, slightly bitter taste, and it is also useful for skin problems.

Native to northeast Africa, especially Somalia, myrrh is now also found in Ethiopia, Saudi Arabia, India, Iran, and Thailand. It grows in thickets and likes well-drained soil and sun. Myrrh is propagated from seed in spring or from cuttings at the end of the growing season. The resin is collected from cut branches and is dried for use.

Others have been similarly successful. It is also being studied as a gastric ulcer remedy and for anticancer properties. The gum resin has thyroid-stimulating activity.

Mouth & throat remedy: Being astringent and strongly antiseptic, myrrh is a favored remedy for sore throats, canker sores, and gingivitis (gum disease). As myrrh is not soluble in water, tincture or essential oil is used and diluted. The resulting mouthwash or gargle is often swiftly effective (though tastes very bitter). Myrrh’s key actions also make it valuable in countering infection throughout the digestive tract, while at the same time it promotes healing in inflamed areas, notably gastric ulcers.

Ayurvedic remedy: In Ayurvedic medicine, myrrh is considered a tonic and aphrodisiac and to cleanse the blood. It has a reputation for improving intellect. Myrrh is also taken for irregular or painful menstruation.

External uses: Myrrh is an underused treatment for skin problems such as acne, boils, and inflammatory conditions. The herb’s drying and slightly anesthetizing effect has led to its use in Germany as a treatment for pressure sores caused by prosthetic limbs.