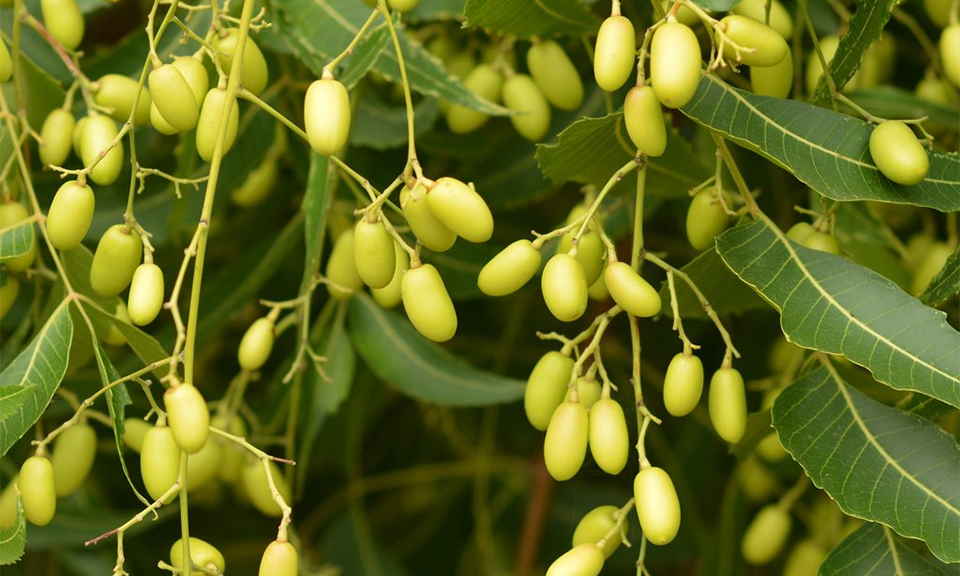 Neem is one of the most valued herbs in Indian and Ayurvedic medicine. Extracts of the leaves are used to treat conditions such as asthma, eczema, diabetes, and rheumatism, while neem oil has been applied as a hair lotion, to treat headlice, and to calm angry skin rashes. Research indicates that neem may prove useful as an insecticide and a contraceptive. The tree itself is said to purify the air and is widely planted in India.

Native to Iran, Pakistan, India, and Sri Lanka, neem is found throughout the subcontinent in forests and woods, often being planted on roads to provide shade. It is now naturalized in other tropical regions, including Malaysia, Indonesia, Australia, and West Africa. It is grown from seed. Leaves and seed are harvested throughout the year.

Melia azedarach, also an Indian plant, is a very close relative with particular value in treating intestinal worms. It is often used as a substitute for neem.

Recent research: This indicates that neem oil is both anti-inflammatory and antibacterial, and to some degree reduces fever and lowers blood sugar levels.

Diabetes: Research indicates that neem leaf and oil act to stabilize blood sugar levels and may be helpful in treating or delaying type 2 diabetes.

Medicine chest: Thought of in India as almost a pharmacy in its own right, all parts of the neem tree may be used medicinally. The bark is bitter and astringent and a decoction is used for hemorrhoids. The leaves are taken as an infusion for malaria, peptic ulcers, and intestinal worms, and may be applied locally as a juice, infusion, or ointment to skin problems including ulcers, wounds, boils, and eczema.

The juice of the leaves is also applied to the eyes to treat night blindness and conjunctivitis. The twigs are used as a tooth cleanser, firming up the gums and preventing gum disease.

Neem oil and sap: Neem oil, expressed from the seeds, is commonly used as a hair dressing and is strongly anti-fungal and antiviral, preventing scabies and ringworm, among other things. It can be made into a useful and easily applied treatment for headlice.

The oil is also used to treat skin conditions such as eczema, psoriasis, and even leprosy, and as a vehicle for other active ingredients. Neem oil should be avoided when attempting to conceive a child as it can reduce fertility in both women and men.