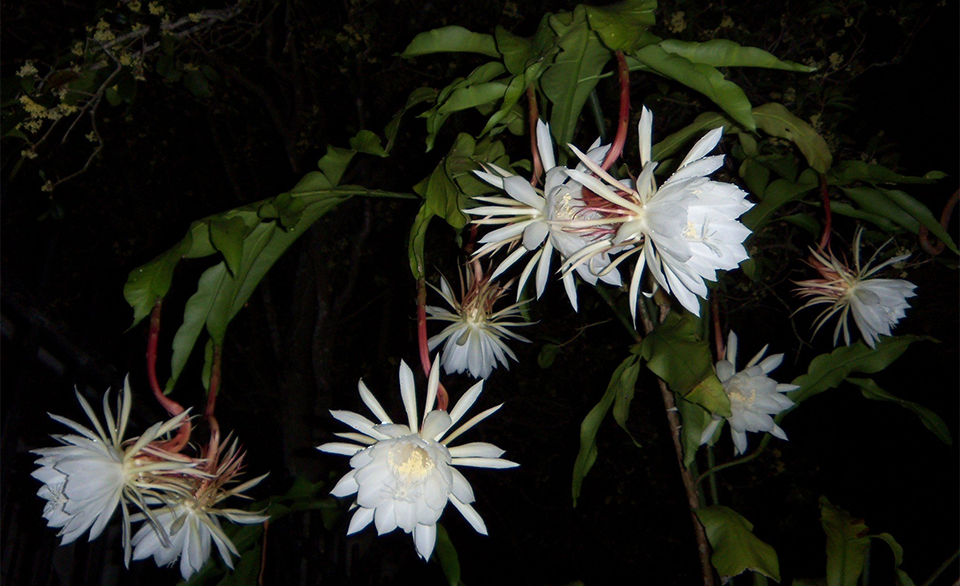 Native to Mexico and Central America, night-blooming cereus is now rarely found in the wild. It is cultivated both as an ornamental and a medicinal plant. The flowers and young stems are gathered in summer.

As it is in short supply, night-blooming cereus is little used at present, but it is a valuable remedy for the heart. It stimulates the action of the heart, increasing the strength of contractions while slowing heart rate.

It is prescribed as a treatment for various conditions, including angina and low blood pressure, and is often given as a tonic during recovery from a heart attack. In the Caribbean, the juice of the whole plant is used to expel worms, and the stems and flowers are used in the treatment of rheumatism.

Take only under professional supervision. Excessive doses may cause stomach upset and hallucinations.