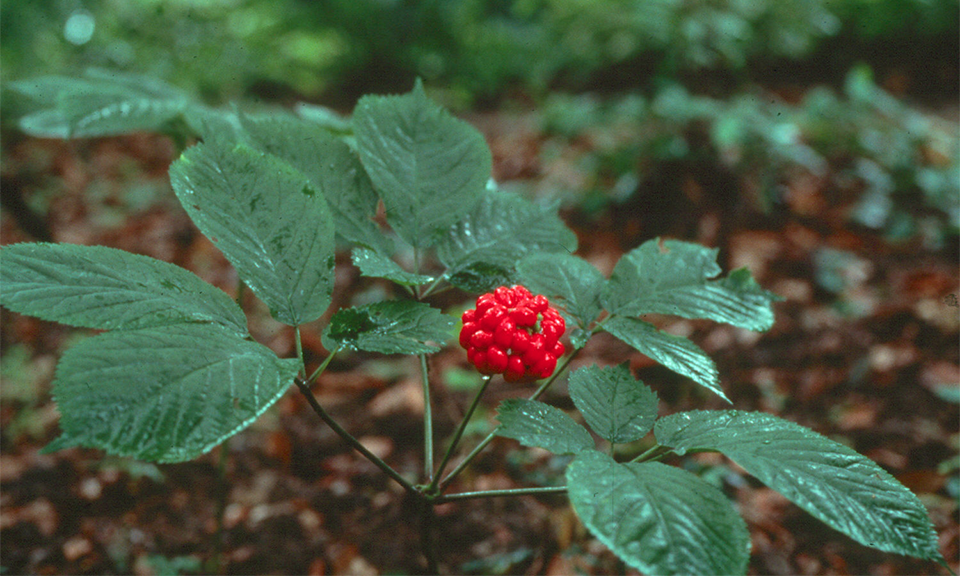 Native to China, notoginseng is now rare in the wild. It is cultivated commercially in southern and central China. The root is unearthed before flowering or after the fruit has ripened.

Despite its importance as a tonic, notoginseng was only recorded in Chinese herbal medicine in 1578, in the Compendium of Materia Medica by Li Shizen. He described the root as being “more valuable than gold.”

Like ginseng (P. ginseng), notoginseng is a tonic that supports the function of the adrenal glands, in particular the production of corticosteroids and male sex hormones. Notoginseng also helps to improve blood flow through the coronary arteries, thus finding use as a treatment for arteriosclerosis, high blood pressure, and angina. Notoginseng treats internal bleeding of almost any kind. The herb may also be applied externally as a poultice to help speed the healing of wounds and bruises.

Clinical studies have confirmed notoginseng’s longstanding reputation as a means to arrest bleeding. A Chinese trial indicated that the herb hastens blood clotting. Another clinical trial and extensive scientific studies, again in China, associated the herb with positive improvements in coronary circulation, in lessening the symptoms of angina, and in the reduction of blood pressure levels. In common with other ginseng-type herbs, notoginseng has been shown to enhance physical performance.