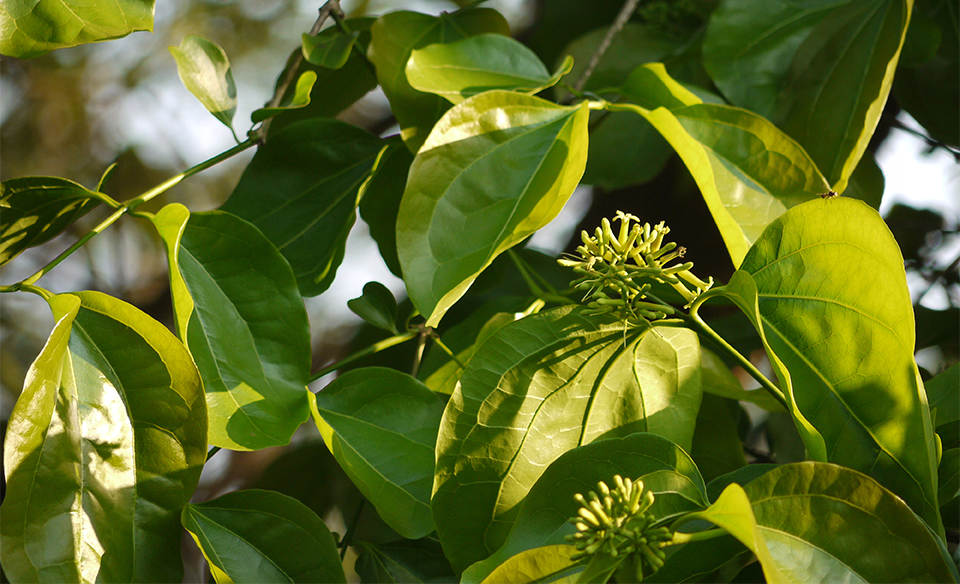 Nux vomica is native to Southeast Asia. It grows wild and is cultivated commercially. The seeds are gathered when mature.

Though rarely used internally due to its toxicity, nux vomica can be an effective nervous system stimulant, particularly in the elderly. In Chinese herbal medicine the seeds are used externally to relieve pain, to treat various types of tumors, and to relieve paralysis, including Bell’s palsy (facial paralysis). Nux vomica is a common homeopathic remedy prescribed mainly for digestive problems, sensitivity to cold, irritability, and melancholia.

In a Chinese clinical trial, a paste made from nux vomica seeds was applied to 15,000 patients with Bell’s palsy. The treatment was reported to have been effective in more than 80% of the cases.

Many Strychnos species are equally potent and have been used as arrow poisons.

Take nux vomica only in homeopathic preparations. This herb and strychnine are subject to legal restrictions in most countries.