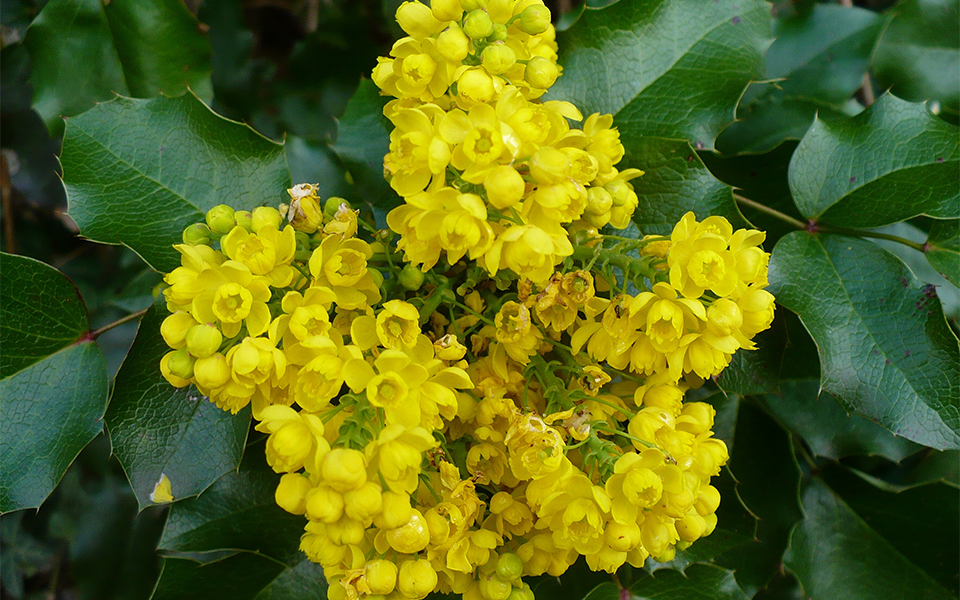 Native to western North America, Oregon grape grows in the Rocky Mountains up to 6,600 ft (2,000 m), and in woods from Colorado to the Pacific coast. It is abundant in Oregon and northern California.

Oregon grape contains isoquinoline alkaloids (including berberine, berbamine, and hydrastine) and other alkaloids of aporphine-type. These alkaloids are strongly antibacterial and are thought to reduce the severity of psoriasis.

Californian Native peoples took a decoction or tincture of the bitter-tasting root for loss of appetite and debility. In the 19th and early 20th centuries, Oregon grape was an important herb in the hysiomedicalist movement, based on a combination of orthodox and Native American practices. In this context, it was prescribed as a detoxifier and tonic.

Clinical use of extracts of Oregon grape has been investigated in Germany, and there is now evidence that the root can be effective in relieving psoriasis. Extracts can be taken internally and applied locally on the skin. The alkaloid berberine is thought to prevent cell proliferation.

Barberry (B. vulgaris) is similar to Oregon grape in its overall action, but it is generally stronger in the effect it produces.