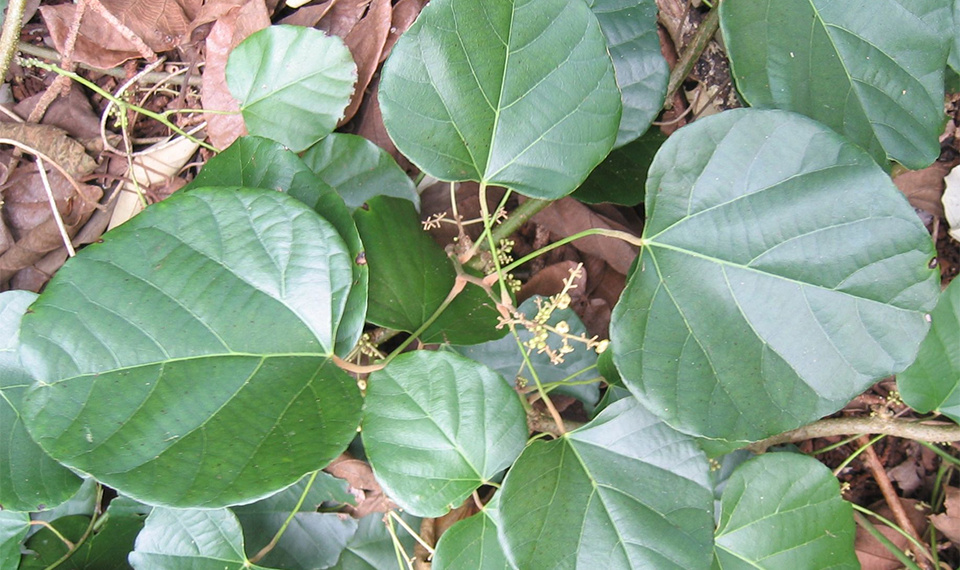 Vine climbing to a great height in tropical rain forests. Reaches 100 ft (30 m). Has large leaves up to 1 ft (30 cm) long and trailing clusters of flowers.

Pareira grows wild in rain forests in the upper Amazon region and in Panama. It is collected from the wild as available.

Pareira and similar species are famous for being the source of curare, the paralyzing arrow poison used by Amazonian and other South American Indians to catch their prey. A dart or spear tipped with curare causes instantaneous paralysis on entering the bloodstream of the animal. Traditional recipes for toxins usually involve blending 10 or more different plants, but pareira or a plant with similar action is always present in the mix.

Pareira’s notoriety as a poison hinges on the effect of its toxic derivative entering directly into the bloodstream. Provided there are no cuts or sores in the mouth, the plant is reasonably safe taken orally as a medicinal remedy. The bitter and slightly sweet-tasting roots and stems are mildly laxative, tonic, and diuretic, and also act to induce menstruation. The plant is chiefly used to relieve chronic inflammation of the urinary tubules. In Brazil, it is also used for snake bite.

Pareira’s powerful ability to paralyze has led to its being extensively researched. Tubocurarine–one of the many alkaloids within the plant–is now used (as tubocurarine chloride) as an anesthetic to paralyze the muscles during operations.

At least four other closely related species of Chondrodendron are used to produce the traditional poison known as curare.

Use only under professional supervision. Pareira and/or curare are subject to legal restrictions in some countries.