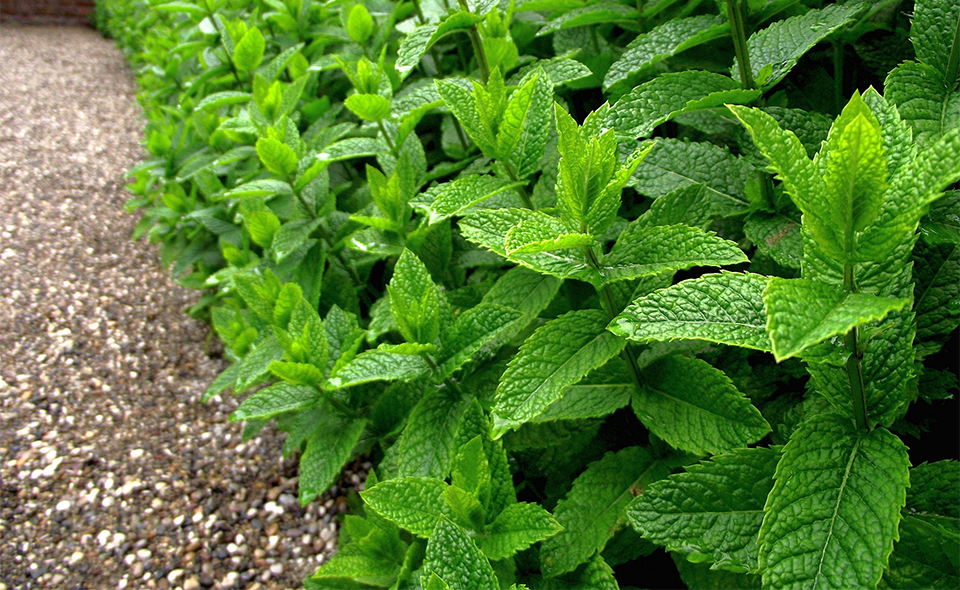 Peppermint’s origin is a mystery, but it has been in existence for a long time—dried leaves were found in Egyptian pyramids dating from around 1000 BCE. It was highly valued by the Greeks and Romans, but only became popular in Western Europe in the 18th century. Peppermint’s chief therapeutic value lies in its ability to relieve gas, flatulence, bloating, and colic, though it has many other applications.

Peppermint is grown commercially and in gardens throughout Europe, Asia, and North America. It is propagated from seed in spring and is harvested just before it flowers in summer, in dry sunny weather.

Peppermint is a hybrid of watermint (M. aquatica) and spearmint (M. spicata), which have similar, though milder, therapeutic properties.

Volatile oil: Research has shown that the volatile oil is strongly antibacterial. Menthol (a constituent of the oil) is antiseptic, anti-fungal, cooling, and anesthetic to the skin, although it is also an irritant.

Whole herb: The whole plant has an antispasmodic effect on the digestive system. Clinical trials in Denmark and the UK during the 1990s have confirmed its value in the treatment of irritable bowel syndrome.

Digestive problems: Peppermint is excellent for the digestive system, increasing the flow of digestive juices and bile and relaxing the gut muscles. It reduces nausea, colic, cramps, and gas, and soothes an irritated bowel. In soothing the lining and muscles of the colon, it helps diarrhea and relieves a spastic colon (often the cause of constipation).

Infection: Diluted oil is used as an inhalant and chest rub for respiratory infections. The whole herb is important for digestive infections.