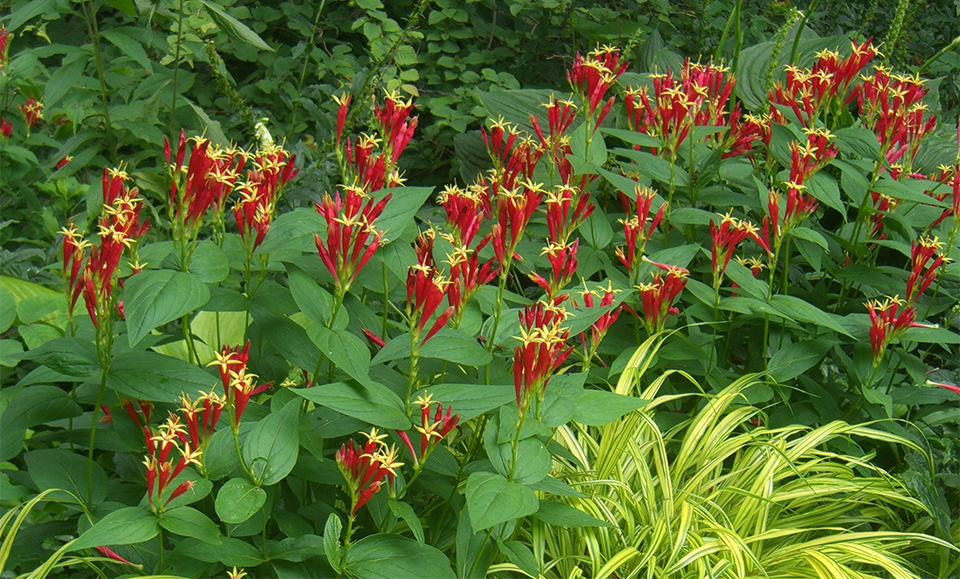 Native to the southern regions of the U.S., pinkroot flourishes in dry rich soil in clearings and along woodland borders. The root is unearthed in autumn.

Pinkroot contains alkaloids (mainly spigeleine), a volatile oil, tannin, and resin. Spigeleine is emetic and irritant to the stomach.

Pinkroot was used extensively by Native Americans as a worm-expelling herb. It was gathered for trade with white settlers by the Creek and Cherokee peoples. From the late 18th century onward, pinkroot became one of the chief deworming herbs used in North America and Europe.

Pinkroot is used today solely to expel intestinal worms—particularly tapeworms and roundworms. It is prescribed with other herbs such as senna (Cassia senna) and fennel (Foeniculum vulgare) to ensure the elimination of both the worms and the root itself, which is potentially toxic if it is absorbed through the gut.

Several Spigelia species act as worm-expelling herbs, for example S. flemmingania, native to Brazil, and S. anthelmia, native to the Caribbean, Venezuela, and Colombia. S. anthelmia also contains isoquinoline alkaloids and is used in the treatment of heart disease.

Only use pinkroot with the supervision of a professional practitioner.