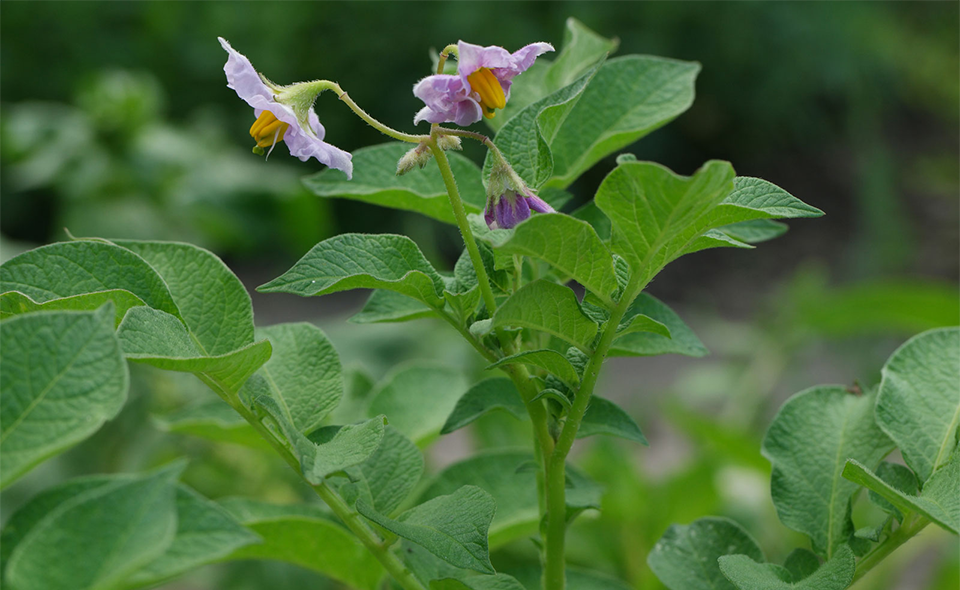 Native to Chile, Bolivia, and Peru, the potato plant with its many varieties is cultivated around the world. The tuber is normally unearthed from autumn to early spring.

Potato contains starch, large amounts of vitamins A, B1, B2, C, and K, minerals (especially potassium), and very small quantities of atropine alkaloids. One property of these alkaloids is the reduction of digestive secretions, including acids produced in the stomach.

Many different potato species and varieties were cultivated by the Quechua and Aymara peoples of the central Andes. In the early 16th century, the potato was introduced into Europe by Spanish voyagers returning from the New World. It was not until the 18th century that the potato became a staple ingredient in the European diet.

Taken in moderation, potato juice can be helpful in the treatment of peptic ulcers, bringing relief from pain and acidity. The juice or the mashed pulp may be used externally to soothe painful joints, headache, backache, skin rashes, and hemorrhoids. Potato skins are used in India to treat swollen gums and to heal burns.

The root of the Brazilian S. insidiosum is used as a diuretic and stomach supporting remedy.

All parts of the plant except the tuber are poisonous. Excessive doses of potato juice are toxic. Do not drink the juice of more than one large potato per day.