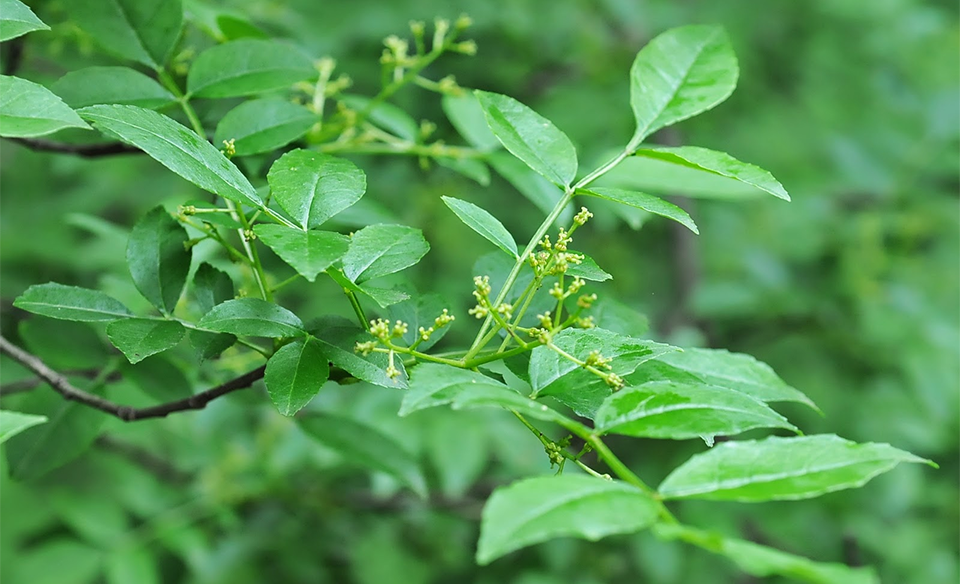 Indigenous to North America, prickly ash is a warming, stimulating herb for circulation. It was held in high regard by Native North Americans for its medicinal properties, and both the bark and berries were chewed to alleviate rheumatism and toothache. Today, prickly ash is mainly given for arthritic and rheumatic conditions, but it is also helpful for certain digestive problems and for leg ulcers.

Prickly ash is native to southern Canada and northern, central, and western parts of the U.S., preferring moist, shady sites such as woodlands. It is propagated from seed in autumn. The bark is harvested in spring and the berries are collected in summer.

Southern prickly ash (Z. clava-herculis) grows in the central and southern U.S., where it is used interchangeably with prickly ash. Chuan jiao (Z. bungeanum) is given in Chinese herbal medicine for “cold” patterns of illness causing abdominal pain. Z. capense is taken for colic in South Africa. Z. zanthoxyloides is a traditional West African herb for rheumatic conditions.

North American herb: Prickly ash was a Native American remedy for toothache and rheumatism. It was used in the U.S. during the 19th century as a circulatory stimulant and to treat arthritis.

Arthritic conditions: Western herbalists regard northern prickly ash as a prime remedy for rheumatic and arthritic problems. It stimulates blood flow to painful and stiff joints, promoting the supply of oxygen and nutrients to the area and removing waste products.

Circulation: The herb improves circulation in intermittent claudication and Raynaud’s disease, conditions where the arteries of the limbs have narrowed, preventing sufficient blood reaching the hand or leg muscles.

Other uses: Prickly ash relieves gas and diarrhea and tones the digestive tract. It is applied topically to treat leg ulcers and chronic pelvic inflammatory disease.