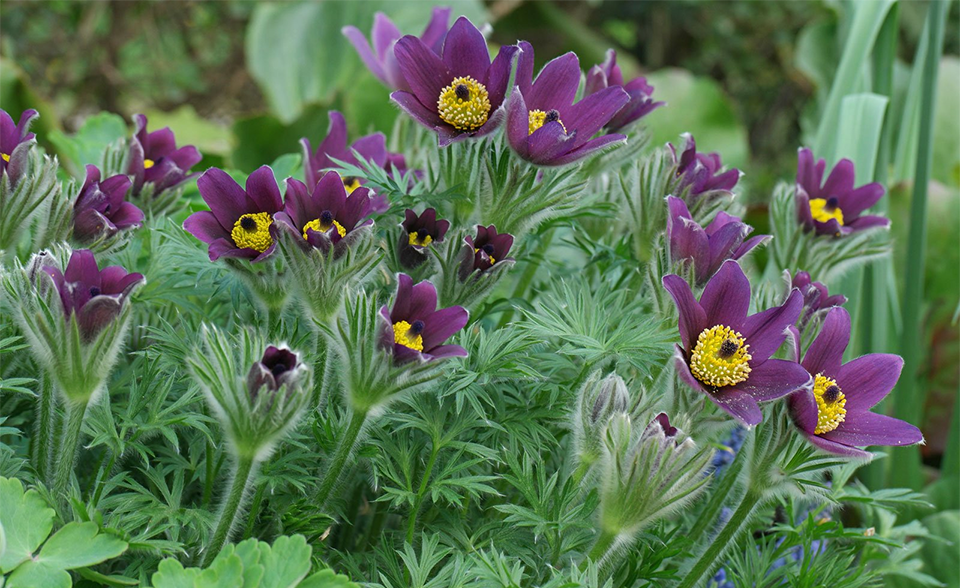 Native to Europe, this herb thrives in dry grassland in central and northern parts of the continent, preferring chalky soil. The aerial parts are harvested when it flowers in spring.

In Greek mythology, the goddess Flora was jealous of her husband’s attentions to the nymph Anemone and so transformed her into a flower, at the mercy of the North Wind. Anemone literally means “daughter of the wind” in Greek. The alternate name “pasque flower” derives from the French name for Easter, when the plant is often in flower.

Pulsatilla is less commonly used now in herbal medicine than in the past, though it is still considered a valuable remedy for cramping pain, menstrual problems, and emotional distress. It is considered a specific treatment for spasmodic pain of the reproductive system, both male and female, and is given quite frequently for premenstrual syndrome and period pain, especially when these are accompanied by nervous exhaustion.

In France, it has traditionally been used for treating coughs and as a sedative for sleep difficulties. Pulsatilla is also used to treat eye problems such as cataracts. The fresh plant is not used because it is strongly irritant. Pulsatilla is one of the most commonly used of all homeopathic remedies.

The meadow anemone (A. pratensis) is used interchangeably with pasque flower; wood anemone (A. nemorosa) is now rarely used in herbal medicine.

Take only under professional supervision. Do not take during pregnancy. Do not take the fresh plant, which is toxic.