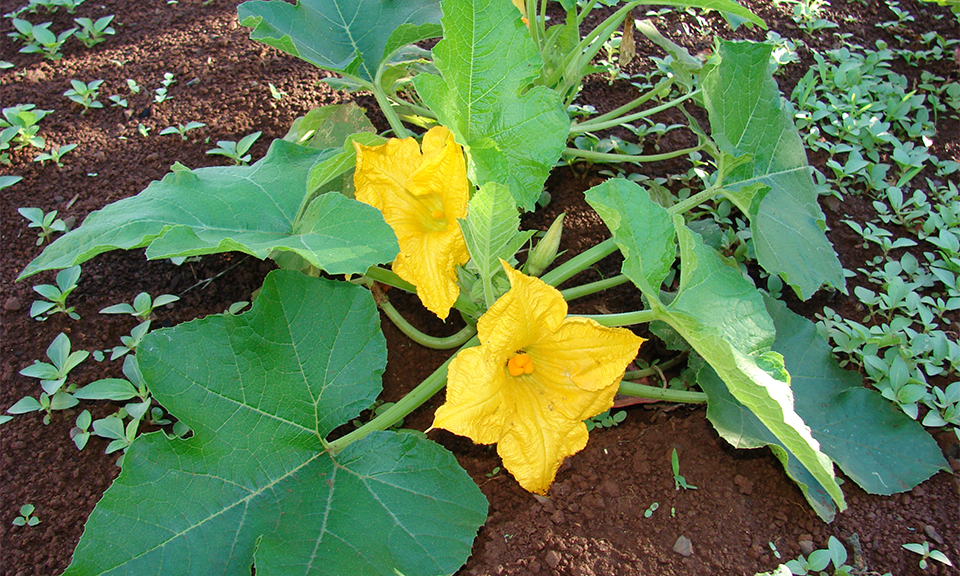 Probably native to North America, pumpkin is now found worldwide. It is harvested in autumn.

The pumpkin has been much used as a medicine in Central and North America. The Maya applied the sap of the plant to burns, the Menominee used the seeds as a diuretic, and European settlers ground and mixed the seeds with water, milk, or honey to make a remedy for worms. This practice became so widespread in homes across North America that the medical profession eventually adopted it as a standard treatment.

Pumpkin has been used mostly as a safe and effective deworming agent, particularly in children and pregnant women for whom strong-acting and toxic preparations are inappropriate. It is thought most effective in removing tapeworms. The seeds are diuretic and tonic to the bladder, and they have distinct value in treating the early stages of prostate enlargement. The fruit pulp is used as a decoction to relieve intestinal inflammation and is applied as a poultice or plaster for burns.

Pumpkin seeds’ range of medicinal and nutritional compounds ensures that they have great value as a “natural” food supplement. A good dietary source of zinc, the seeds also contain relatively high levels of selenium, a mineral with important antioxidant and anticancer activity in the body. Cucurbitin repels intestinal worms, and the sterols are anti-inflammatory.

Research suggests that pumpkin seed is effective in helping reduce benign enlargement of the prostate gland (BPH), due to both the hormonal influence of the sterols and this anti-inflammatory activity. In one clinical trial pumpkin seeds were combined with saw palmetto (Serenoa repens to treat BPH: those taking the herbal extract showed improved urine flow and reduced frequency of urination.